ALAN DOWSON has always liked his wingers but he took it to a whole new level in the name of charity.

Dowson and the team strapped in for the adrenaline-fuelled activity at a private WWI airfield in the Cotswolds and have raised nearly £6,500. 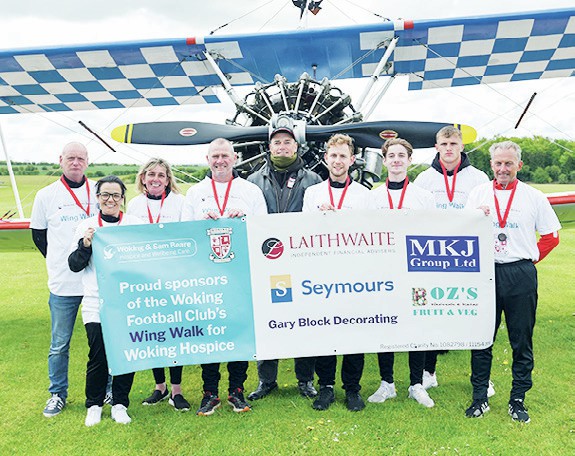 The Cards boss admitted to a few butterflies in the build-up – but joked he might go more extreme next time!

“Well, I haven’t been flying high for a while have I, to be honest,” Dowson told The NLP. “I was petrified, scared stiff. I went second so I saw how high the first one went. Panic sort of sets in. I hated it, to tell you the truth.

“I did a parachute jump and it’s like that, once you do it and it’s finished, it’s a massive buzz. But when you’re waiting it’s horrendous.

“They reckon that next year, because I’ve done it once, I can do a loop-the-loop! I’m 50 now, I like a challenge, so why not do something for charity. The Hospice charity is a great cause.”

DONATE TO THE CAUSE