STEFAN PAYNE is back in Non-League with Chesterfield – and he’s convinced his new club have what it takes to get promoted.

The 29-year-old striker, who left Grimsby Town this summer, is Spireites boss James Rowe’s sixth signing of the summer.

Payne names Shrewsbury Town, Bristol Rovers and Tranmere Rovers among his recent clubs having landed a move to Barnsley in 2018 for his form with Dover Athletic.

Payne began his career in Non-League with Sutton United, where he was spotted by Fulham before returning to Gander Green Lane after stints with Gillingham and Aldershot Town. His Dover form also earned him England C honours.

Payne said: “I’m glad to get it sorted. I’ve heard a lot about the gaffer and I think the team has what it takes to go up next season. 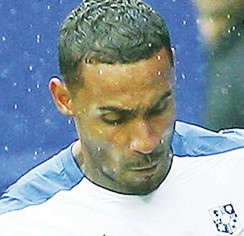 “The manager has big plans and after speaking to him, I’m excited to get started.”

“With those incoming, there has got to be some outgoings in the next few weeks to make sure the business is run right,” he told the Derbyshire Times.

“Ultimately, you want to protect the club for the future, that is the ultimate goal here. It is definitely not going for broke for promotion, it is going with a vision, plan and these players have been planned for a while.”

Meanwhile, rivals Notts County have completed the signing of midfielder Frank Vincent, 22, on a two-year deal after he left Bournemouth.