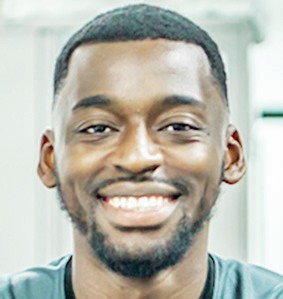 The 25-year-old only joined the Spirietes last December from National North club Chester on an 18-month contract for a fee believed to be around £25,000.

Taylor made 17 appearances for James Rowe’s side as they reached the play-offs where they were beaten by Notts.

Now he has signed a two-year deal with County to strengthen their left flank.

“We needed a wing back who could offer a threat one-against-one. Joel’s pace in the wide areas and his ability to attack in those moments is really important,” said Notts head coach Ian Burchnall. “He’s been playing wing back at Chesterfield and, based on the games we’ve seen, he was most effective when they were attacking. With us being a team that wants to do that, we feel he’ll suit us well.

“With Joel we have to look at the whole package, including his age and potential. He’s got the capacity to develop his game further and we feel we can help him do that in this environment.

“We know Adam Chicksen can play in the same position, which gives us two highly competent players in that area.”

Taylor is the third summer signing to arrive at Notts following the eye-catching move of Torquay United centre-back Kyle Cameron after he rejected Football League interest to join the Magpies.

Burchnall has taken two midfielders on trial this week in an attempt to fill the void left by Jake Reeves, now at Stevenage, and newly-appointed assistant Michael Doyle.