ENFIELD Town will be bringing the Smack-down to the Isthmian League Premier this season after securing a unique partnership with WWE.

World Wrestling Entertainment – the globally recognised wrestling company – has a performance centre based in the London Borough used for try-outs and for their contracted British talent to train.

NXT UK is the UK arm of the WWE network and the pair have signed a one-year deal for their crest to be on Enfield’s men’s, women’s and women’s reserve team home shirts.

The country’s first ever fan-owned club, celebrating their 20th anniversary this year, will also have NXT UK branding around their Queen Elizabeth II Stadium, various digital club properties and in community events planned to take place throughout the season.

“It’s really exciting,” Enfield chairman Paul Reed told The NLP. “We’re hoping to have lots of fun with it.

“To come in our 20th anniversary is perfect timing and to put our name on a global scale is a unique opportunity for us and hopefully we can help NXT UK grow within the community.

“We met some of their UK athletes at the ground this week when we did the photoshoot and they’re definitely fine specimens! We could maybe do with a couple of them at centre-back!” 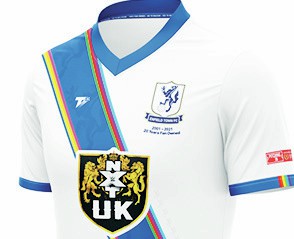 The partnership was announced in a video by WWE legend Paul Levesque, known as Triple H, and the company’s vice-president Michael Levin added: “The launch of WWE’s UK Performance Centre in 2019 saw the roots of NXT UK firmly grounded in Enfield and through this partnership we are thrilled to continue supporting the Enfield community. 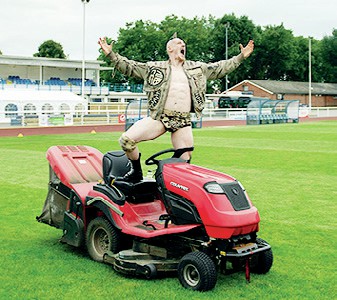 “Enfield Town FC and WWE share an intrinsic value of putting fans at the heart of everything we do, a vision of supporting the next generation of talent in sport and entertainment, and a goal of putting smiles on the faces of our fans.”