Hendon unveil Lee Allinson as the successor to Jimmy Gray

Posted on 6th November 2019 by admin in Latest News, Southern Leagues with 0 Comments 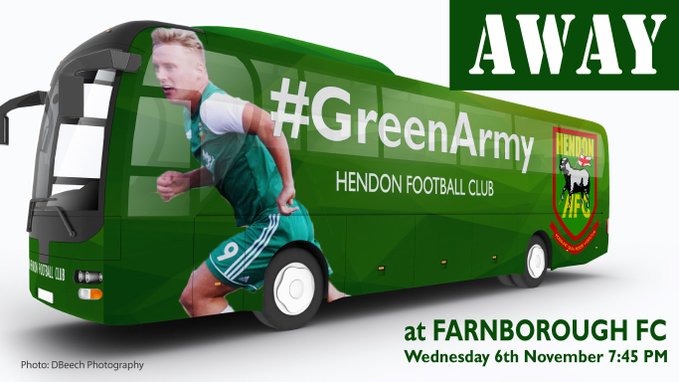 The new Greens boss was appointed on Wednesday, only hours of standing down as Biggleswade Town manager and less than 24 hours after Hendon parted company with Jimmy Gray by ‘mutual consent’.

Allinson has swapped working with a Waders squad in sixth spot in the Southern League’s Premier Central Division to take charge of a Greens side sitting second bottom in Southern League Premier South.

Officials at Silver Jubilee Park told supporters they were delighted to secure the services of Allinson who saw his new side lose 4-0 at fellow strugglers Farnborough on Wednesday night.

Delighted to be at Hendon Football club. Great football club with a great history can’t wait to get going tonight. Whirlwind couple of days but time to move on and excited for the challenge ? https://t.co/mORu9eo2AE

A Greens statement read: ”The club is delighted to announce the appointment of Lee Allinson as new first team manager with immediate effect. Lee will be in the dug-out for this evening’s game at Farnborough.

“Lee joins us from Biggleswade Town who are currently sitting in 6th place in the Southern League Premier Division Central with 23 points from 14 games.

“He will be familiar with the set-up at Silver Jubilee Park having steered his side to a 2-1 victory against us in last season’s FA Trophy, almost a year ago to the day.

“Further details regarding his back-room staff will be available on the website shortly but we hope that you will all offer your support to Lee, his staff and the playing squad as they attempt to turn our season around.”

Gray’s departure was announced on Tuesday with Hendon second from bottom of the Southern League Premier Division South table.

Appointed 18 months ago as the successor to the long-serving Gary McCann, the former St Albans City boss guided the Greens to a 1-0 home win over Swindon Supermarine on the final day of last season to finish three points above the drop zone and secure survival.

His last game in charge proved to be the 4-1 reverse at Whitehawk in the second qualifying round of the Buildbase FA Trophy after Saturday’s trip to Taunton fell foul of the weather.

Biggleswade Town also moved swiftly to fill their newly vacant hot-seat on Wednesday with the appointment of former manager Chris Nunn as caretaker, the Waders legend returning 18 months after he standing down in April 2018 after 12 years at the helm at Langford Road.

Biggleswade Town chairman Maurice Dorrington said: “Football is football, and things move on. Chris Nunn has agreed to become the Waders caretaker manager for a short period to assist the club. Chris has always been a great supporter of the club and his tenure as a manager speaks volumes.”