BRACKNELL Town will be the team to beat this season after acquiring an impressive new strike force.

The Robins signed Dave Tarpey and James Clark to signal their intentions.

Tarpey is widely known for his incredible record at Maidenhead United, where he bagged 87 in 124 appearances. The 32-year-old was also playing for Woking in the National League only last season. Clark scored 18 in 22 games over the last two seasons for Marlow.

Bracknell boss Bobby Wilkinson made the drop to the club to power them through the leagues and will want at least a playoff finish. The Robins will also soon be moving out of Larges Lane, their home since the 1930s, to their new stadium at Bottom Meadow in Sandhurst.

Ware are no longer a threat after being moved to the Southern League Division One Central. They led the 2019-20 division and then started well last term.

Hanwell Town, Chertsey Town and Tooting & Mitcham United will fancy their chances of a play-off finish. 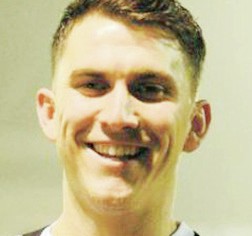 Staines Town, after a disastrous 2019-20 that saw them bottom of the division, will look to build on their promising start last term.

Guernsey were moved to the division from the Isthmian League South East and will hope to start on September 11, but are in the hands of Covid travel restrictions.

Binfield will make their Step 4 debut after being promoted from the Hellenic League as part of the FA’s restructure. So too will Sutton Common Rovers, who join from the Combined Counties League.

Last month, the Isthmian League confirmed the resignation of Whyteleafe, who had been moved from the South East, over ground-use issues, meaning the division will run with 19 teams.