Jacob Gardiner-Smith is back from Russia with much love 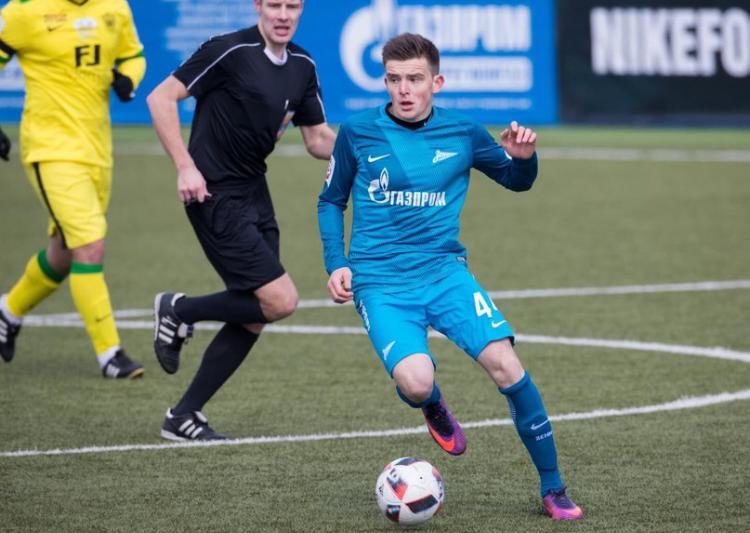 Sir Alex Ferguson tells a story about his debut for Queens Park and a team-talk delivered by manager Jackie Gardiner.

It’s where the future Manchester United manager would learn an important early lesson in a side full of spirit
and hard work.

Moaning about being bitten by an opposition player, Gardiner delivered a swift riposte. “Well, bite him back!”

Perhaps those traits are why Jackie’s grandson Jacob Gardiner-Smith many years later would be nicknamed the English Bulldog while he was playing at Zenit St Petersburg.

The 21-year-old is now back in England and recently signed dual registration for Hendon from St Albans City.

But he has a fascinating story to tell. The son of Labour MP Barry Gardiner, the midfielder headed to Russia as a 16-year-old. First he had a year at CSKA Moscow before a signing for Zenit following impressing on a winter training camp in Spain.

It was a move completely out of his comfort zone but the engaging youngster feels it was the making of him.

“The first week I was there on my own I burst into tears,” Gardiner-Smith says when we meet in London. “I didn’t speak the language, didn’t know anyone. But it definitely made me mature off the pitch as well on it. You grow up really quickly and learn to cope.

“I’d recommend to any young player wanting to better themselves to go abroad. It was a no brainer for me because I want to play at the highest level I can and I saw it as a great opportunity to experience a new culture and get better.

“It’s life experience in general. The culture in Saint Petersburg is phenomenal. Even just little things like the food, the music. It was exciting to experience a different city where everyone was so friendly and welcoming.”

Before he could sign a pro deal with Zenit, Gardiner-Smith had to pass an immigration test. He learnt Russian along with Belgian international Nicolas Lombaerts and is now completely fluent.

“I can read, speak and type but writing is a hard because it’s a bit different,” he says. “It’s a Cyrillic Alphabet with different symbols so it’s not easy.

“You have a grammar test to construct basic sentences, have to answer general questions like ‘Who is the Saint of St Petersburg?’”

There was one awkward situation where the language barrier let him down and he turned up to a club function in his bright green tracksuit when everyone else was in club suits.

But generally life was like any other youngster at a big club. He trained hard, enjoyed time with his team-mates and fell in love with the country, its people and the city he came to call home and all its sights.

Assistant manager and former Ukraine international Anatoliy Tymoshchuk took him under his wing and he lived in the same apartment block as team-mate and best friend Daniil Lesovoy.

The team came third in the U21 league, took on other European sides in tournaments and regularly trained with the first team – then managed by Roberto Mancini – who he also made a friendly appearance for. In the summer he returned to make his way in the English game.

“I see coming into Non-League as another step in my career,” he says. “I try not to think about things out of my control and I just concentrate on what I can control like my weaknesses and what the manager wants from me.

“What I do know is that it’s a well-trodden path. I’m not the first player to come from a big club into Non-League and I’m not going to be the last. There’s been many people before me so it doesn’t daunt me.

“I think you’re controlled by your outlook on life. If you stay positive, you’re going to play positively and everyone’s path is different. Some people come out of U23 football and go straight into a first team. Other people have to go through Non-League.

“It’s not an easy step. The talent in Non-League is frightening. You come up against some phenomenal players.

“You’ve got to remain humble and adapt. It’s something I’m relishing. It’s a chance for men’s football and I can constantly improve and learn. There’s better players in Non-League who have had longer careers than me and if you can learn
off them then great. I’m happy.”

Gardiner-Smith trains regularly with former Aldershot defender Ben Herd at his academy to work on his game and his mindset. He cites players like Sam Clucas, who have learnt their craft in Non-League as well as friend Luke O’Nien.

“He was in the Ryman Premier at Wealdstone four years ago and now he’s playing in front of 40,000 people on Boxing Day for Sunderland,” he says. “We share a mindset that hard work beats talent and that’s the most important thing.”

Grandad Jackie would no doubt agree.