Torquay United Supporters Trust’s supporter liaison officer Nick Brodrick believes groups like his are more vital than ever with the coronavirus leaving fans fearing for the survival of their clubs…
Just four short weeks ago, The Non-League Paper published a story about supporters’ trusts, not only to illustrate the difference between them and a supporters’ club but also, and more importantly, to highlight the influential role a supporters’ trust can play in the life of a football club.
We are now in uncharted waters as the government ramps up the UK’s response to Covid-19 with the leisure and entertainment businesses hit really hard as virtually all of us are made to stay at home.
Additionally the Chancellor has also announced a raft of unprecedented financial support for those in need. But will these measures benefit Non-League football clubs?


And football, especially at Non-League level, covers both leisure and entertainment providing vital income. So while the coronavirus impacts on everyone’s lives what does the future look like for clubs in the Non-League pyramid?
Is it lockdown and out for these clubs? The article I wrote, published in this paper at the beginning of the month, concluded: “ It’s clear supporters’ trusts are here to stay and all strength to those who run them.”
So in the unprecedented times ahead, how important are supporters’ trusts going to be? The National League added a new twist on Wednesday when it requested to the FA that the 2019/20 season be terminated. By Thursday the picture had changed again with the powers that be saying the season can be concluded.
This indecision is not helpful. Already, the FA has decided that the seasons for Steps 3/4/5 & 6 are finished and null and void with no promotion or relegation. So with the season effectively over below them, how is that going to impact on our Non-League clubs?
With no gate receipts, no opportunity to use club facilities for socialising and training as they are all closed down, chances are growing that sponsors will look to exercise exit clauses from contracts with clubs, so the future is looking bleak. 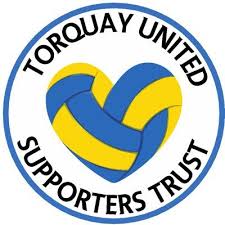 Last week, Barnet’s chairman, Tony Kleanthous, confirmed that all the club’s non-playing staff were on immediate notice of redundancy, since rescinded thankfully. This week Torquay United followed suit, announcing a similar policy of furloughing all their non-playing staff.
For these and other clubs following a similar path, the Chancellor’s offer of paying 80 per cent of wages (up to a maximum of £2,500 a month) is a lifeline. And, as a result, Barnet’s staff’s redundancy is on hold.
Dover’s chairman Jim Parmenter has said he’s very concerned about “the dire financial position this places our club and football at our level in.”
Parmenter and Kleanthous are long standing chairmen and have extensive football knowledge. So if they’re concerned, shouldn’t every other Non-League club be?
Boreham Wood’s Danny Hunter has made an impassioned plea this week about ensuring that everyone stays safe and well. So who would want to be a football club owner in these troubled times?

There are many reasons why somebody chooses to own a football club – a philanthropist, an entrepreneur, a property speculator, sadly in some cases, along with many others – including those who just love their club!
But the big question is, for how much longer can these owners continue? Paying management staff, players’ wages and admin staff can cost up to £120,000 a month for some when there is minimal income.
AFC Fylde have stated this week that their playing budget for the season is around £1 million, a staggering figure. And they maintain that other National League clubs have far higher figures! So there are some big, big decisions to make for many owners with the coronavirus now taking lives and livelihoods away in the UK.
And this is where a supporters’ trust can come to the fore. At Torquay United the supporters’ trust (TUST ) represents around 400 paid up members and should the current owner, Clarke Osborne, decide enough is enough, then TUST has a strategy plan to facilitate a rescue mission.
As TUST chairman Michel Thomas says, “ We have absolutely no plans to take over ownership of the club, should such an eventuality arise, but we do have saved funds which are earmarked to set up a rescue.”
But there could be more help at hand for all National League clubs, in addition to the hoped for £17 million that’s been suggested. Over the last week or so I have been in contact with other National League supporters’ trusts to gauge opinion about how to keep our clubs in business for when football recommences.
A major idea is to establish a National League, that includes National North and National South, of supporters’ trust groups to pool ideas and resources. As Mark Rees, from Chorley Supporters’ Trust, says, “All trusts must have a strategy for if the worst happens and naturally we are polishing ours at the moment.”
Steve Herbert, Barrow’s Supporters’ Trust Chairman, remarks: “ We need to focus on keeping clubs solvent and sta? wages paid but not in a way that compromises individual supporters’ trust aims.”
So any National League supporters’ trusts out there who would like to join our group, please contact njbrodrick@hotmail.com SOS – Save Our Soccer clubs.
These, though, are such uncertain times that football is unlikely to be the same again when it finally returns. All football fans will be hoping that once this coronavirus nightmare is over their clubs will, in some form or other, still exist.
Make sure you get your copy of The Non-League Paper on Sunday to read all the latest news from across Non-League over the last seven days on the growing impact of the coronavirus crisis on the game and society. It’s also available from midnight on Saturdays as a pound-busting digital edition and full replica of the printed paper!
Images courtesy of The Non-League Paper & torquayunited.com