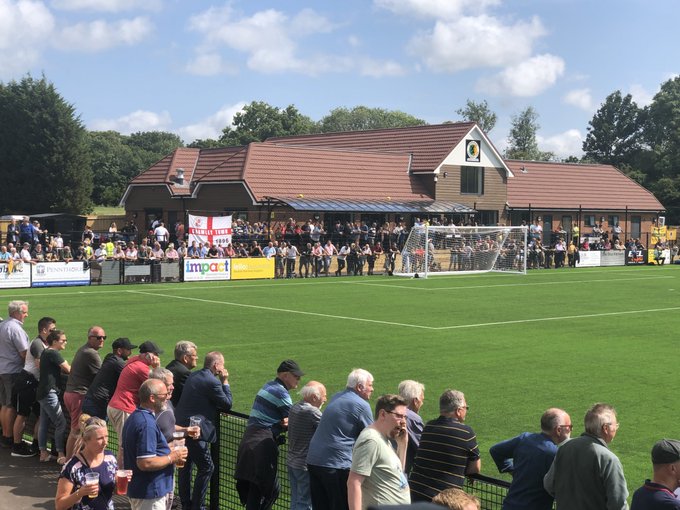 There’s an old saying that goes ‘football is the most important of the least important things in the world’ and this couldn’t be more true for English football fans.

Football is the most popular sports game in the world, and it’s considered the national sport in dozens of countries.  The game we know and love today was introduced in English schools in the 19th century, and once the rules were set, it spread around the Commonwealth in just a few years. People from every corner of the empire loved the game, so the need of a universal governing body for the game started to show, and thus The Football League was born.

The EFL was founded in England in 1888 and it remains the oldest professional football association in the world.

All of the football leagues that are played outside of the professional leagues of a country are described as non-League football. The term, though, is primarily used in England to describe football played at a level outside of the top four English football divisions.

As with everything else in the world, the COVID-19 pandemic brought non-League football to a halt as well, and no Sunday league football was allowed. The restrictions were finally lifted in July and the first games were played with slight rule changes. Spectators are not allowed on the games, players are not allowed to change shirts with other players, and any unnecessary contact with another player may lead to exclusion from the game.

As per The Non-Football League Paper, non-League football may finally see some spectators on the stands. However, that number is limited to just 1,000 spectators, and the rule is subject to change according to the COVID-19 situation in England.

Traditionally, Non-League football fans visit their favorite pubs before games where they discuss upcoming matches and place bets on the teams. However, with the suspension of games due to the global pandemic, Sunday league fans had to look elsewhere to fulfill their gambling needs and socialize with fellow fans. Considering that physical socialization in 2020 is not recommended, online casinos swooped right in, offering a simple and fun solution for all.

The Gambling Act was signed in the UK in 2005, and it made it legal for every adult in the country to participate in any form of online gambling, including casino games, betting, and online poker. English football fans are known for their love of gambling, and they transfer their passion for the game to the online casino world like no other.

In order to meet the demand, new online casinos open their doors in the UK almost weekly, and they offer a variety of new features in an attempt to lure more players. What makes new online casinos a better option, when compared to already established casinos, is that they often introduce generous bonuses, new games, and responsive mobile apps that make the experience very enjoyable.

With so many online casinos to choose from, players often need guide to find a new casino in 2021 that will suit all their needs, and that’s where the website comes in handy.

The website offers guidance for players that look for a new casino in 2021 and want to find out which casino offers the most generous bonuses in the form of a deposit bonus or free spins bonus.

New casinos want to take place on the market, therefore, they have to give players something extra when compared to the competition. The unique features a new casino offers determine whether it will be a success or not, so it’s important for newcomers to be informed what makes each casino special.

Online Gambling is the Future of Sports

Fans love football because of all the tension and adrenaline present when their team has to score a goal in the last second. Online casino gambling offers the same level of excitement, plus the added benefit of making some cash – all from the comfort of your own home!