From Turf Moor to Gander Green Lane, the FA Cup has always been the home of memorable moments and stunning shocks.

As this season’s competition starts to gather pace, we’ve taken a trip down memory lane to remember five of the most stunning FA Cup shocks…

Not only did Lincoln City seal their return to the Football League in brilliant fashion last season, but they also enjoyed a magical FA Cup campaign that will be etched in Imps folkore forever after they beat Premier League side Burnley.

With one nod of a football, defender Sean Raggett sealed one of the greatest shocks the famous old cup has ever seen as he scrambled a header past Engand ‘keeper Tom Heaton to send 3000 travelling Lincoln fans delirious.

Danny Cowley’s side had already beaten Oldham, Ipswich and Brighton on their journey to Turf Moor, but this victory was the real fairytale moment as they became the first non-league side to reach the quarter finals in 103 years.

“It’s a football miracle for a non-league team to be in the last eight.” said the boss. “The boys were excellent, playing against a Premier League team.”

The cup run ended in defeat at the Emirates to eventual winners Arsenal in the next round, but what an unforgettable journey! 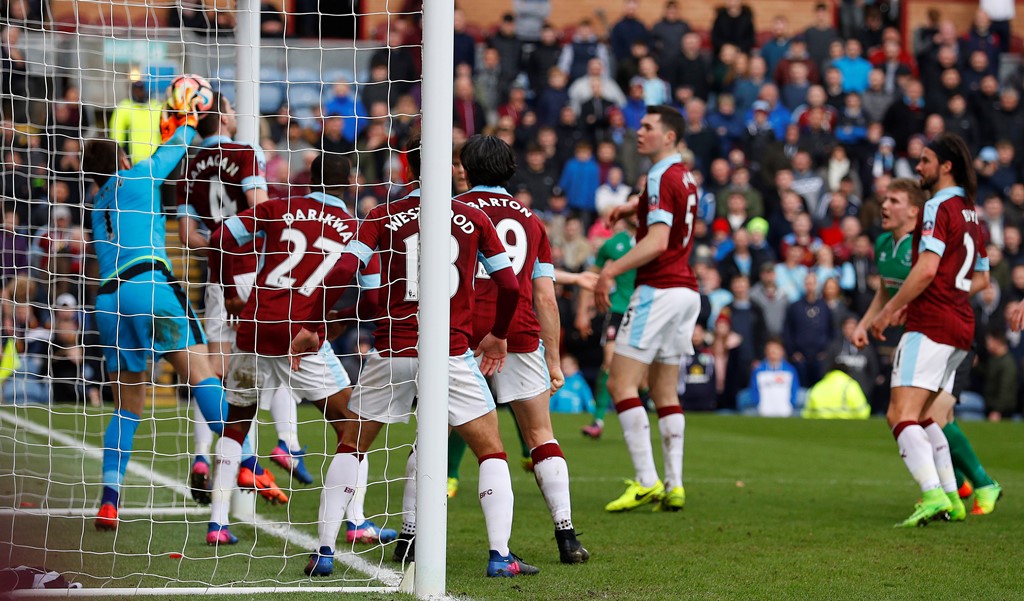 Sutton’s stunning FA Cup victory over Coventry is one that has stood the test of time, with fans young and old aware of the amazing feat Barrie Williams’ side produced.

At the time, the Sky Blues were in the First Division – now the Premier League – and they had won the FA Cup just 19 months previously. Meanwhile, Sutton were struggling at the wrong end of the conference and looked to be without a chance in this match.

Nevertheless, Sutton defied the odds to take the lead against their esteemed visitors as Tony Rains headed just before the break. Seven minutes after half-time, David Phillips hauled Coventry back on level terms, but the U’s continued to believe.

Just before the hour mark, Matthew Hanlan showed perfect technique to volley Sutton into the next round and beat their top-flight opponents – a giant-killing that will never be forgotten.

After Sutton dumped Coventry out of the FA Cup, it was 24 long years until another non-league side beat top-flight opposition in the competition – but Luton achieved it after they beat Premier League side Norwich at Carrow Road.

After explosive wing-play from JJ O’Donnell down the left-hand side, former Aldershot and Torquay striker Scott Rendell snuck in at the near post to clip a testing cross past the hapless Declan Rudd in the Canaries goal.

The 81st minute strike was the only goal of the game, but the victory was no fluke against a Norwich side that included the likes of Grant Holt and Harry Kane.

“The players got it right and I want them to enjoy this,” said Hatters boss Paul Buckle. “I don’t think it’s quite sunk in yet.”

“I’m absolutely delighted for the players and the fans were out of this world. We probably couldn’t have done it without 4,000 travelling supporters.” 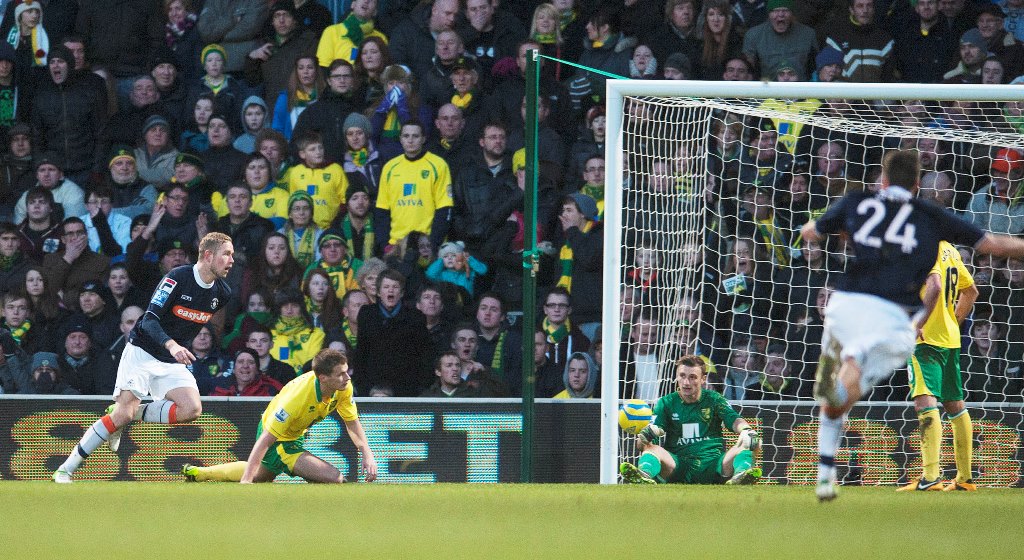 Scott Rendell wheels off in celebration towards the Luton away fans after scoring at Carrow Road (Picture: Action Images via Reuters)

While many FA Cup shocks are by the odd goal, it was the ease at which Woking swept West Brom aside during a staggering second half performance that makes this upset stand out.

At the time of this tie, the Baggies were in the second tier of English football, while the Cards were well down in the seventh tier, playing in the Diadora League.

However, despite West Brom taking a 1-0 lead into the break, it was a Woking side, led by the mercurial Tim Buzaglo, that looked like the league side as they scored four second half strikes to reach the fourth round.

A superb Buzaglo hat-trick, which included a strike shortlisted for one of the best FA Cup goals of all time, secured a famous win, and the part-time computer scientist left the Hawthorns pitch aloft the shoulders of Baggies fans who raced on to congratulate him at full-time.

Fancy some early evening limbs to accompany you on your commute home? ????

Take your pick from @WokingFC‘s famous #FACup win at #WBA in 1991! pic.twitter.com/dxWALufy6o

This famous FA Cup tie is remembered just as fondly for John Motson’s iconic commentary as it is for the amazing upset itself.

Non-League Hereford were completely written off in this third round tie, as top-flight Newcastle came to town expecting to swat their hosts aside. The Bulls, and Ronnie Radford in particular, had different ideas.

Despite Malcolm MacDonald’s late goal seemingly putting the Magpies into the hat for the fourth round, Hereford continued to battle on the boggy Edgar Street surface and Radford, with his rocket-like right foot, equalised with a screamer from 35-yards.

Motson’s unforgettable commentary followed, with him screaming: “Oh, what a goal! What a goal! Radford the scorer… and the crowd are invading the pitch” before Ricky George sealed the momentous win in extra-time.

Blyth have a fond affiliation with the FA Cup, but their most recent shock came at Victoria Park in 2014 as the Northumberland club, three divisions and 65 places below Pools, reached the third round proper for the fourth time.

Jonathan Franks’ header gave Hartlepool the lead, but Stephen Turnbull levelled things up with an excellent free-kick before Jarrett Rivers, who worked in his mother’s newsagent, sent 1,111 Blyth fans crazy in the 90th minute.

Brighton were in Division Three at the time, managed by the legendary Brian Clough, while Walton were in the Isthmian Premier, but the lower league vistors thrashed the Seagulls as the Goldstone.

Schoolmaster Russell Perkins stooped to score for Walton after 20 minutes before Clive Foskett, a 28 year-old joiner who works at the British Natural History Museum, hammered a hat-trick in the last eight minutes. Surely the most embarrassing defeat in Clough’s career.

Much like Blyth, Altrincham have a strong history of producing upsets in the FA Cup, with the 1986 victory over Birmingham maybe the most impressive.

Having held Everton and Tottenham to draws in the 1970s, the non-league side were confident as they travelled to St Andrews, with the Blues struggling in the top-flight.

Kevin Ellis put the non-league side in front, firing past a young David Seaman, before Robert Hopkins’ late own-goal secured Alty another famous day in the cup.

In a similar fashion to Lincoln’s cup run and league double, Steve Evans’ Crawley enjoyed a brilliant FA Cup experience in 2011 that saw them famously beat Championship side Derby County in Sussex.

An injury-time strike from Sergio Torres sent the Red Devils through, before they bravely lost to Manchester United at Old Trafford. It could have been so different had Richard Brodie scored and not hit the bar!