Orient travel to Victoria Road with a place in the first round proper on the line, but Embleton knows it will be a difficult task getting past John Still’s side, with the O’s having taken just two points from their last seven games.

However, Steve Davis’ assistant is relishing the trip, and believes it provides Orient with the perfect chance to earn a precious win and improve the club’s form.

“It gives us the opportunity to go and try break the run we are on and bring that back into our league form,” Embleton told the East London & West Essex Guardian.

“We have to look forward to it and it would be nice to get a win and go on a cup run. That is something everybody looks forward to every season.

“We know it will be really tough, but pretty much every game this season has been tough, especially recently.

“We need to get back to the approach where we feel we can go and win, and turn the negativity of the last few weeks into a positive.” 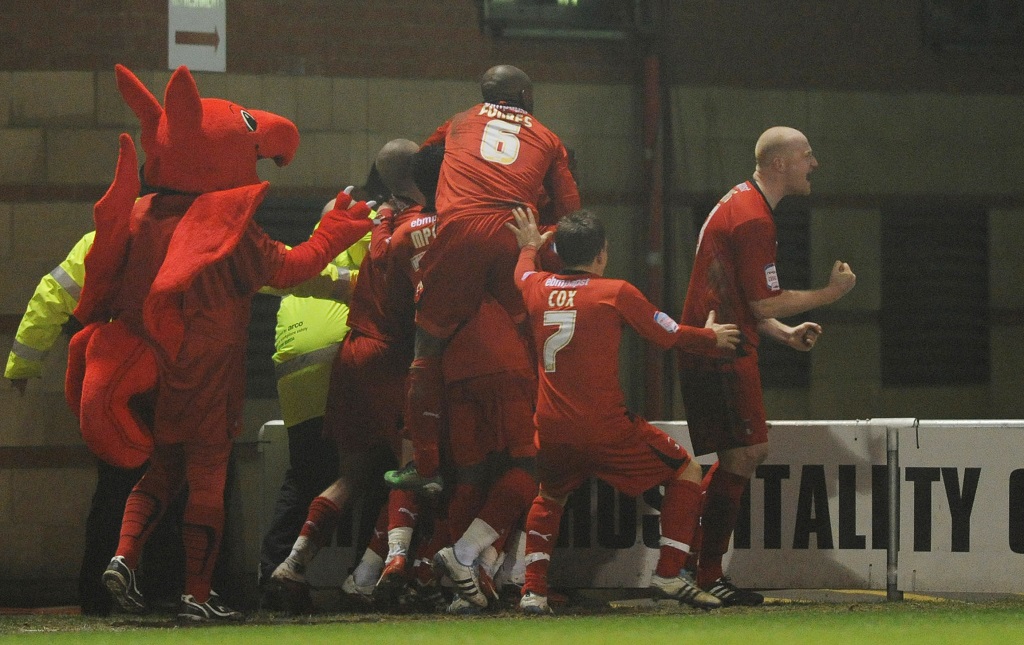 Orient celebrate their draw with Arsenal in the FA Cup in 2011 (Picture: Action Images via Reuters)

Having only recently dropped into the National League, Orient are not used to qualifying for the first round of the FA Cup, but many members of the squad are well aware of what could lie ahead if they embark on a successful cup run.

With the likes of Arsenal and Fulham visiting Brisbane Road in recent years, the O’s faithful also know the enjoyment of a good run in the famous old competition, but Embleton is only concentrating on Saturday’s match at this stage.

“Everybody knows you have the chance to play bigger teams the further you go in the cup,” he said.

“There are a number of players in the squad who have had that opportunity to go and play the big guns further down the line. That is always a big incentive.

“We want to try and get that glamour tie down the line but we have got to win the first game first and foremost. To do that against local rivals would be the perfect way to start.”

Catch up with all the weekend’s FA Cup Fourth Round Qualifying action in Sunday’s @NonLeaguePaper.