March’s Hares struggling to spring back in FA Cup

Posted on 24th September 2019 by admin in FA Competitions/More News, FA Cup, Latest News, Step 5 and below with 0 Comments 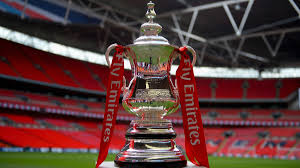 Eastern Counties League March Town are planning to make the most of their second chance in the FA Cup despite being decimated by injury.

Hares boss Brett Whaley is pulling together his battered Step 6 squad for a second qualifying round clash at Isthmian League Kingstonian on Wednesday night after Grays Athletic declined to appeal against their expulsion for fielding an ineligible player.

The player, Frankie Hession-Harris, did not feature in a 3-1 win over March in the first qualifying round but did play in a preliminary round win for the Blues over Heybridge Swifts despite not receiving international clearance.

If Wednesday’s 8pm kick-off is drawn, Kingstonian will head to Cambridgeshire next Wednesday night to replay before the victors host National League South Weston-super-Mare three days later in the FA Cup’s third qualifying round.

Whaley is also struggling to get his Eastern Counties First Division North squad together for other reasons, telling the Fenland Citizen on Tuesday: “It will be a case of what time the players can arrive from work.

In a statement on Monday explaining their decision not to appeal against their expulsion on Friday, Grays Athletic chairman Steve Skinner said the club would be seeking a meeting with new FA chief executive Mark Bullingham to call for flaws in the FA’s various registration systems to be identified and fixed.

Thanking fans and other clubs and supporters for their support, Skinner said: The support we have received from all sections of the Non-League family has been overwhelming and really appreciated.

“A big thank you to all of our members, volunteers, supporters, management team and players for their understanding of the situation that the club finds itself in.

“We have pulled together in the past in circumstances much graver than this and I am getting the sense that we are now even more determined than ever to help the club survive and thrive.”

He added: “So we will accept our unceremonious exit from the competition. I will be contacting the chairman of March Town United to wish him and his club the very best of luck in the next round.”