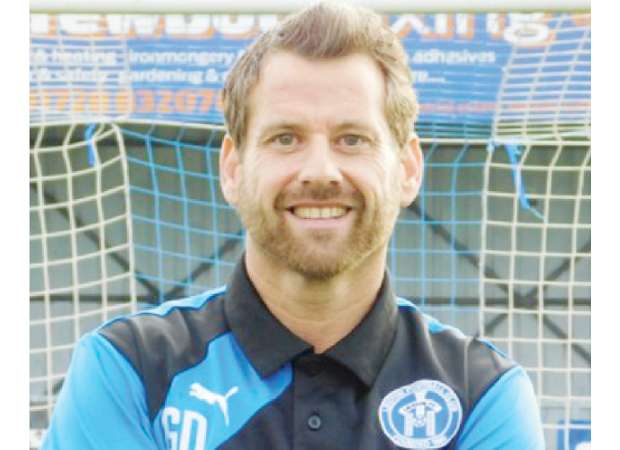 Glen Driver is back in the Leiston hot-seat just over a year after quitting the BetVictor Southern League’s Blues.

He stepped up in September to turn around their fortunes following the departure of Stuart Boardley but left on Friday in the wake of an 8-0 home humbling by Bromsgrove Sporting.

Crisp said: “When we knew Glen was available, we knew we wanted to get him back. We are an ambitious club and want to retain our Step 3 status. Glen will help us do that.

“I want to thank Ian Cornforth who was in charge before Glen and also our superb fans who support us home and away. We need them more than ever now.

“I know much has been written and said, especially on social media, about Leiston’s demise. But I can assure fans that has never been the Board’s thoughts here at Leiston and we are looking forward to having Glen and Tony back.”

Ipswich-based Driver called his decision a “no-brainer” in the club statement announcing his return.

“Everyone knows Leiston are a club close to my heart and after leaving Braintree and knowing Leiston were interested, it was a no-brainer to be honest,” Driver said.

“I had other clubs wanting to speak to me, but I had two-and-a-half good years at Leiston and while things haven’t gone well for them recently.

“I feel in some ways I owe it to a club whose fans have always been so good to me, to try and bring better times back.”

After walking away from the iron with a “heavy hearty”, Driver is keen to stress his ambitions remain high.

Driver, who led the Blues to their highest ever finish, added: “I had a good time at Braintree and I’ve had lots of messages from Braintree fans thanking me for what me and Tony did.

“I’ve left Braintree with a young and exciting squad and now I’m looking forward to the challenge at Leiston.

“I’m ambitious, sealing our Step 3 future is the main thing and I want to make Leiston the top Suffolk Non-League club again, not in the future, but this season.

“There are going to be ups and downs and we will get a few hidings, but the fans know I’ll be doing everything to keep the team up.”