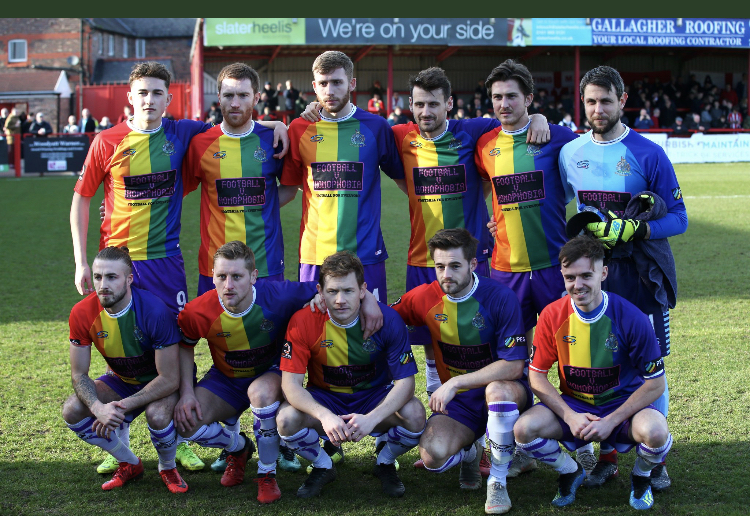 This is an uncertain time for everyone as the UK recovers from the coronavirus pandemic.

If the last few months have taught us anything it’s the value in thinking local, whether that’s ordering from the restaurant just down the road or buying your coffee from a small independent instead of a large global chain.

This is also true for football clubs looking to sort out their new kit or a new supply of equipment for when the game returns. The quality and individual touch of British kit manufacturers can benefit clubs and the local community.

SKkits and Moving Forward Sports are two such UK brands who can offer the personal touch for the thousands of football clubs in the Non-League pyramid.

With 40 or so years in the Non-League game as a goalkeeper, both playing and coaching, Ian Senior knows how Non-League clubs work. They don’t have the finances to carry much stock of playing kit, so rely on suppliers to have the flexibility to supply at short notice, along with quality and price.

Having initially sold kit and equipment out of the back of his car, Ian moved forward in the teamwear world when he retired as a fireman in 2000 and took SKkits into the world of kit supply.

“Three years ago I had the opportunity to work with sublimation as my major form of supply, a method of supply that opens up a completely new level in terms of options,” he said.

“This has been proved with some notable successes, two of which have pride of place in the National Football Museum.

“The LGBT Rainbow shirt as supplied to Altrincham earned worldwide accolades, with orders from all over the world. The other shirt, made for 1874 Northwich, designed locally by Phil Galloway, was another shirt that found its way into collections all over the globe.

“With Altrincham, I have now been their kit supplier for 12 years, something I am very proud of, based on giving the club personal service to the standard I would expect myself, something I like to think all clubs I supply receive.”

Recommendations have formed a major part of SKkits becoming recognised around the UK, notably last season’s appearance at Wembley when Ian supplied Cray Valley PM with kit for the FA Vase Final.

“Seeing my brand on the hallowed turf made all the work it entailed worthwhile.”

Having the UK-based manufacturing facility 10 minute from his home in Bury helps Ian enormously in terms of dealing with designing and producing kit enquiries, and checking quality is required by my supply clubs.

“I am contactable 24/7, offering as much advice as possible from size options to design queries and owning SKkits gives me that chance to give something back to football, and many club at all levels have taken up that opportunity.”

Moving Forward Sports, the British sports kit brand based in Birmingham, was started in 2012 by Managing Director Jamie Marler. Having previously worked within Non-League clubs before moving into the world of sports kits, with experience from British manufacturing and working for an international brand, he started his own company with a firm ethos on quality, British-manufactured kits.

From a small defunct club shop at Bromsgrove Sporting FC (formally Rovers), the business developed and grew, building a trusted customer base of local junior and Non-League clubs. New premises in Northfield – complete with a Subbuteo table and an arcade – coupled with face-to-face consultation and tailored guidance on new kit ideas and designs means Moving Forward Sports offer customers a unique experience. 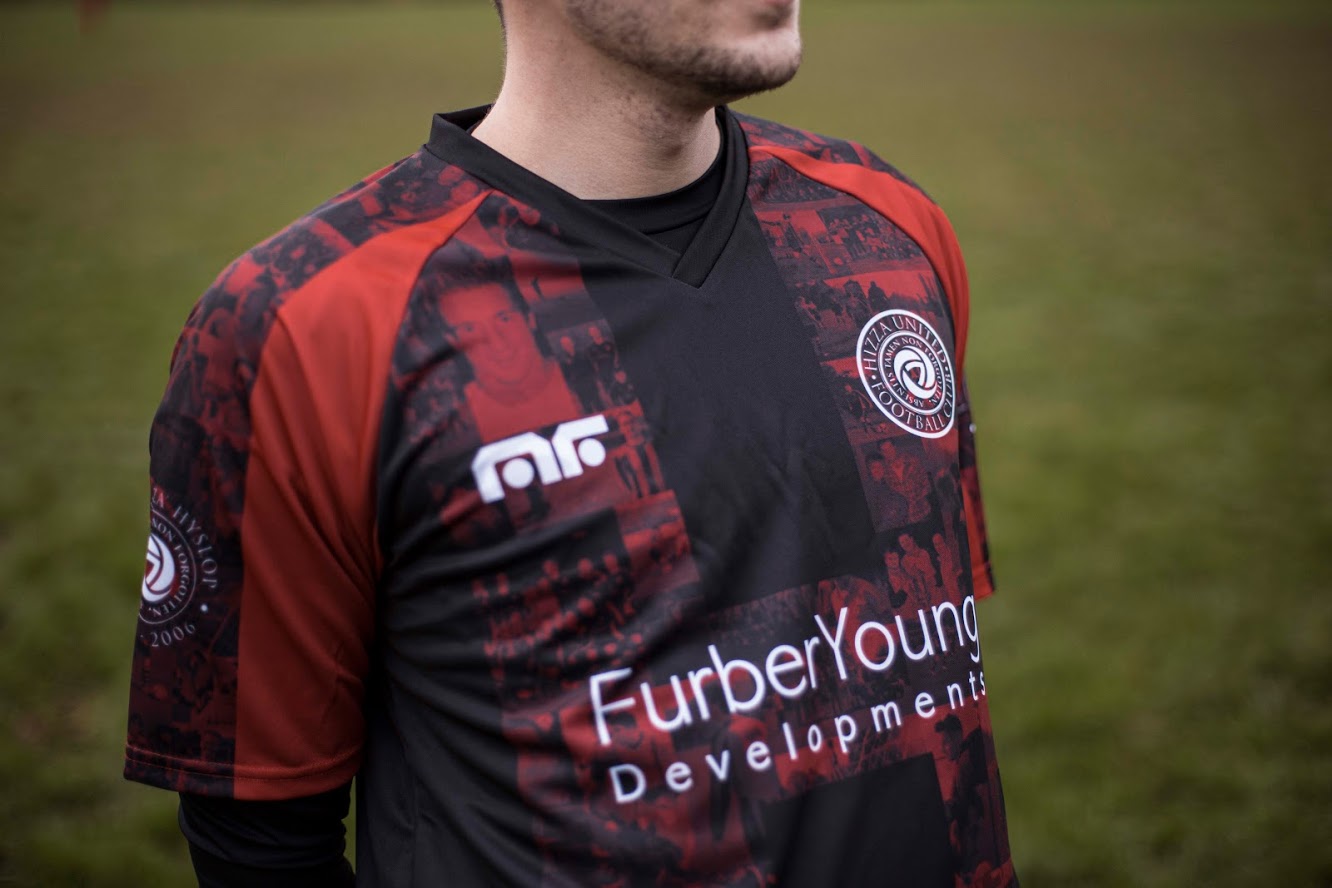 “I remember as a kid being able to visit a local sports shop and getting excited about the new season,” said MD Jamie Marler.

“My aim was to always have a buying experience of customers getting excited and seeing the possibilities, new technologies and design ideas coming through each year.

“We take immense pride in every order, helping clubs and members have something they see as their own, not a generic mass-produced template kit from a catalogue.

“Over the years customers have become friends of ours, and come back year after year. I hope that pays testament to the service, and quality we offer.”

, complete with socks, entirely in England.

“We never claim to be the cheapest, nor do we want to be. We are proud to supply quality products. Not only are kits manufactured in England, but even the yarns are knitted here too.”

Moving Forward Sports’ stand out designs include the recent Loch Ness FC shirts, a small club in Scotland benefitting from the MFS service, selling over 500 pre-order shirts in a couple of weeks.

Streatham Rovers, a fictional parody club on Twitter, had such great feedback from their shirts via MFS, they ended up on display in a National Football Museum Exhibition, and Watford’s Andre Gray received a special “mash up” shirt commemorating his playing career when interviewed as a guest on the Football Content Awards nominated Grassroots Gossip podcast.