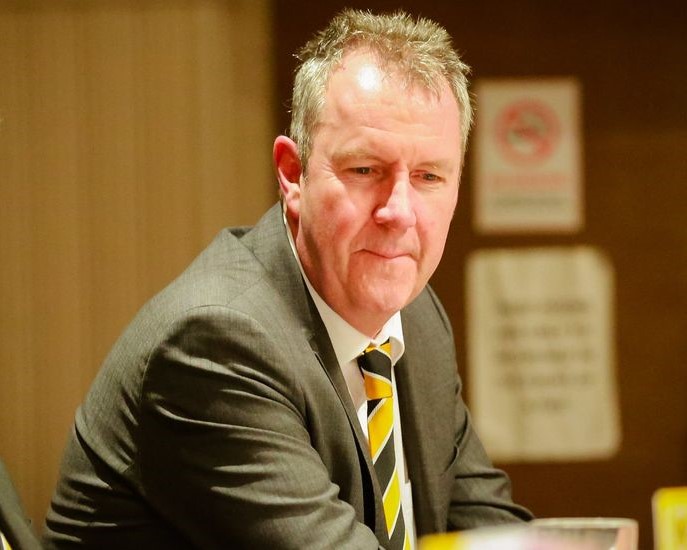 Mike Hardy is stepping down as chief executive of National League North promotion-chasers Boston United at the end of the season.

The former managing director of Longhurst and Havelok Homes, pictured, has brought a wealth of managerial experience to the Pilgrims since arriving at The Jakemans Stadium in September 2015.

The Pilgrims paid tribute to the work of Hardy, pictured, in a club statement on Wednesday announcing his departure in May.

United chairman David Newton said: “Mike has been with the club for a number of years and has done a terrific job in helping us move the club forward.

Club Statement – CEO to depart: Boston United can confirm that chief executive Mike Hardy will step down at the end of the current season… https://t.co/ICIK0hARDU

“Mike’s role is varied and runs across most aspects of the club. During his time, he has helped guide the community programme and oversee the transfer of it to a charitable foundation which enables it to access a wider range of funding for the programme to continue to grow.

“He has also helped bring more structure to the football development side; oversee the education programme and he works with our safety officer to ensure matchdays run smoothly and safely.

“We will be very sorry to see Mike go but fully understand and support his reasons. He leaves the club with our sincere thanks and very best wishes for the future.”