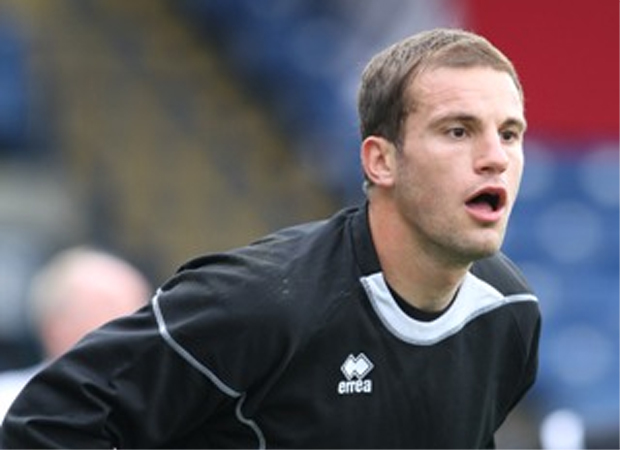 Danby, pictured, made nearly 300 appearances for both versions of the Blues, including Chester City’s final match against Ebbsfleet in February 2010.

Originally signed by Mark Wright from Kidderminster Harriers in 2006, Danby went on to break Mike Metcalf’s 40-year record of 128 consecutive appearances for the Blues, extending the record run to 133.

Danby left for Eastwood Town when Chester City folded, returning 18 months later after answering the call from Neil Young to return to the Deva Stadium in 2011 for the second campaign of the newly-formed Chester FC.

? #ChesterFC‘s record breaking goalkeeper John Danby is to be inducted into the club’s Hall of Fame!

While setting a record of eight games for the most consecutive clean sheets and being named Non-League Goalkeeper of the Year, he went on to win back-to-back titles in three more years as a Northern Premier League and Conference North champion.

The 36-year-old, who was with Flint Town last season before the onset of the coronavirus, left the Blues in 2014 to concentrate on his work as a personal trainer.

The keeper – who’s formal presentation will take place in front of fans at a home game when football resumes – was congratulated on becoming the 24th member of Chester’s Hall of Fame on Thursday by Former Players Association chair Alan Tarbuck.

“John has a fantastic record at Chester – it isn’t just the number of games, it’s the quality of his performances as well,” said Tarbuck.

“He is an outstanding goalkeeper and a great professional and we were lucky to have him representing Chester. He played a big part in the new venture of Chester FC and I would like to congratulate him, on behalf of all the former players, on being elected to the Hall of Fame.”

CHOOSE YOUR STARS: Vote today in the 2020 NGAs