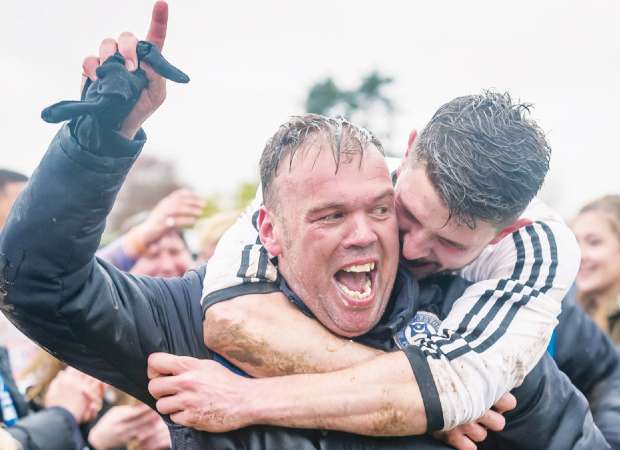 HUNGERFORD TOWN boss Bobby Wilkinson has been rewarded with a two-year contract extension – but the National League South club say they will not stand in his way if higher division teams show interest.

The Crusaders have seen seven seasons of continued improvement since Wilkinson’s appointment as manager in the 2009-10 season.

He led the club to promotion through the Southern South & West play-offs in 2012-13 and Hungerford then made it to Step 2 for the first time in their history after winning the Southern Premier play-offs last season.

Many people’s tip to struggle, the Crusaders have upset the odds since promotion and currently sit fifth in the National League South.

Wilkinson signed a two-year deal at Bulpit Lane in December 2015 but due to the club’s continued success, the boss has been handed a two-year extension to send a “powerful message” to their rivals.

A club statement read: “Bobby Wilkinson today signed a two year extension to his existing HTFC football management contract. The deal was signed behind closed doors with club chairman Nigel Warrick and continues a successful partnership for the Crusaders.

“This sends a powerful message to all people involved at HTFC, but equally to the clubs within our league and the ones above as many rumors have been transcending throughout social media.

“Good news for Bobby and his family as hopefully his phone will not be ringing so incessantly and fans at HTFC can sleep easier.

“Obviously a clause exists if Bobby was officially approached by a ‘high end’ football club as it would not be fair to stand in his way in him aspiring to his ultimate dream but all dealings would be done with HTFC’s consent and official recognition.

“Bobby is already planning for next season, so look out for some new signings and a drive to get all the football business wrapped up before the summer and pre-season.”