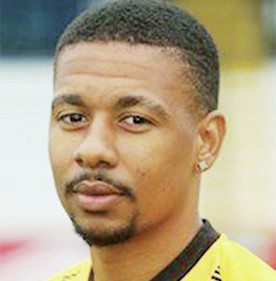 STOWMARKET Town were handed a major boost this week when striker Reggie Lambe signed up for the coming season.

Lambe, 30, joined the Isthmian North side from Cambridge United in December and scored two goals in as many games before the season was abandoned.

Capped 40 times by Bermuda, he has made over 200 EFL appearances for the likes of Ipswich Town, Carlisle United and Mansfield Town, and also spent two seasons in the MLS with Canadian side Toronto.

“Reggie settled straight into the squad and it feels like he’s been around much longer than he has,” said Stow manager Paul Musgrove.

“He’s a great lad to have around as he offers a lot of advice to others, and his quality is second to none.

“He showed his quality in the two games he played last season, and we are all excited to see him again in the coming season.”

Lambe is one of several Stow players to commit their futures to the club following the club’s promotion to Isthmian North during the recent FA restructure.

“Anton has been with the club for five years now and is writing his own history books,” added Musgrove. “The young lads should be looking up to him for his experience and how he conducts himself and how fit he is as a 34-year-old.

“Anton first and foremost will be a player, but we are integrating him into the management setup as well.”