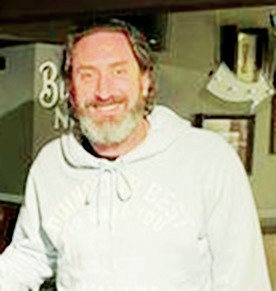 Skipper Coulson, 33, joined the club from Scottish side St Johnstone in 2017 after a lengthy spell in the EFL with Barnsley, Grimsby Town and York City. Like Greening, he is a Scarborough native.

“I’m delighted to have Michael on board for the year again,” said Greening. “Scarborough is in his heart, he is a top player and a top pro.

“When I was at York running the Under-18’s, he was a massive presence for them and I played against him when he was a whippersnapper at Barnsley. It has been a joy to watch him over the years and I’m very pleased to have him as captain of the club.

“He’s not just a creative player who can score goals, he is one that puts a shift in for the team, which is exactly what I want.”

Former Darlington and Harrogate Railway striker Cartman scored 45 goals in 128 games for Farsley Celtic before joining Scarborough in the summer of 2020 and has been backed by his new manager to be just as prolific again.

“I spoke to Nathan last weekend, he is passionate about staying and banging goals in. I love his attitude. He wants to train and play and hopefully he’ll get us a lot of goals. I’m looking forward to working with him in pre-season. I want him to start the season with a bang and hopefully he can fire us to promotion.”

Greening added: “I’ve worked with him for a lot of years, so I know what he brings. I know he’s really looking forward to getting going.”