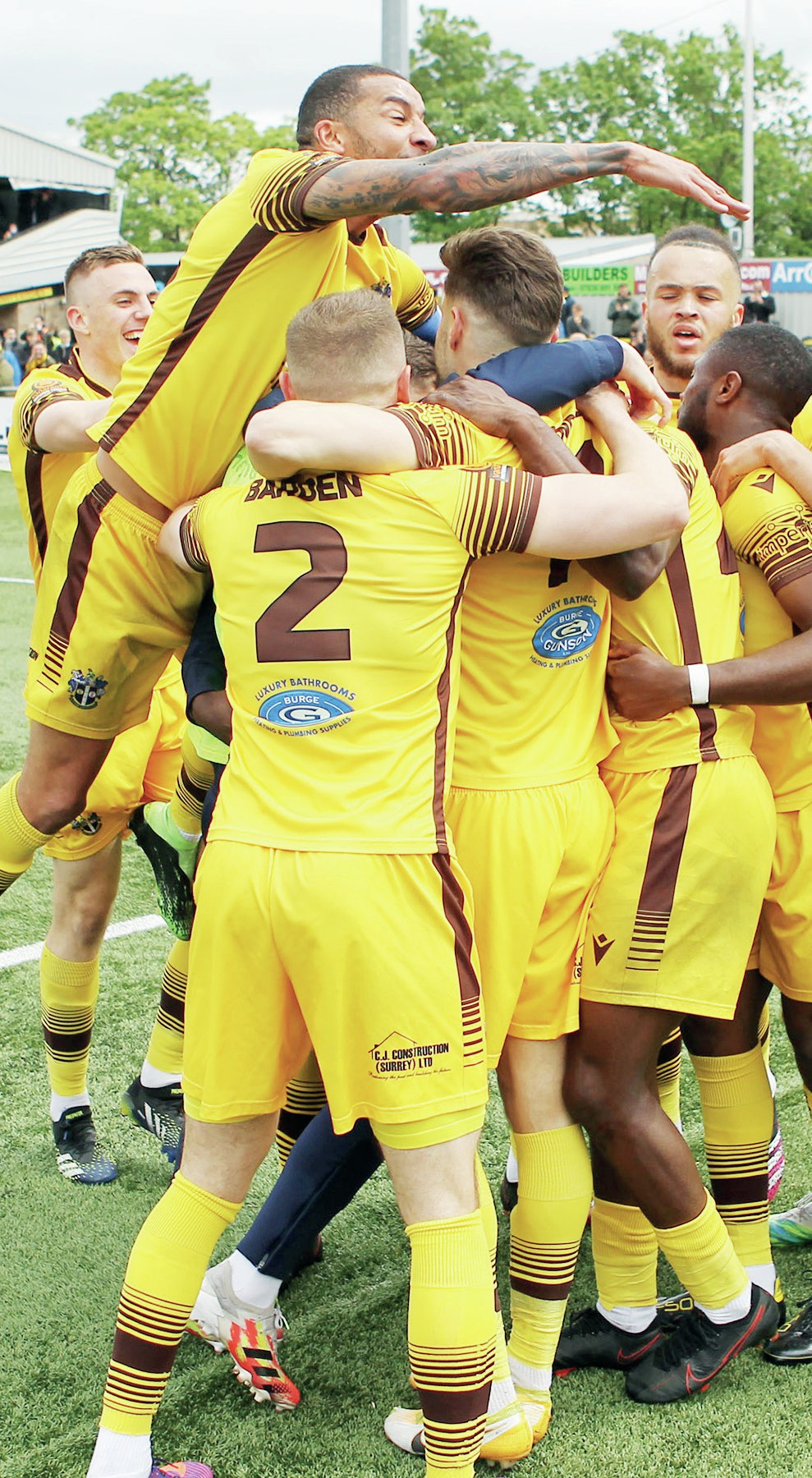 THE 2020-21 season will be remembered for many reasons. Unfortunately, for a second campaign running, the majority of Non-League was shutdown with only the National League’s top flight completing the season.

There was however plenty of of interest in the FA Cup, Trophy and Vase, and fans have finally returned to grounds.

We asked our Non-League experts – BT Sport pundit Adam Virgo, Radcliffe boss and Conference winner with Fleetwood Lee Fowler, England C goalkeeper coach and BBC summariser Mick Payne, along with The NLP’s Matt Badcock and David Richardson – to look back over the season and pick out some of their highlights. 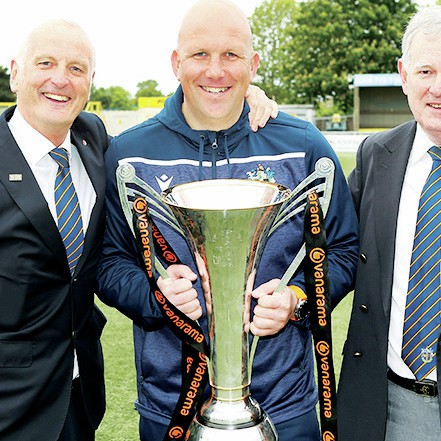 TEAM OF THE SEASON

DAVID RICHARDSON: This is an easy one: Sutton United. Pace, power, resilience, craft – they had everything and manager Matt Gray was spot on with his assessment last week saying how they could win games in different ways. Credit to Hornchurch, too, for numerous scalps on the way to winning the Trophy, all while not playing weekly league matches.

LEE FOWLER: Sutton is a great story. Their results and performances under pressure say it all. Their manager Matt Gray seems a nice guy having met him once.

MICK PAYNE: You don’t have to look much further than Sutton. They kept going throughout the season, played to their strengths. What impressed me was their spirit and organisation. A great achievement.

ADAM VIRGO: Not many teams will finish 15th and then win the title the following season. Even Matt Gray taking over from Paul Doswell, that’s not an easy thing after so much success. They’re a really good club as well.

MATT BADCOCK: There’s a theme here with Sutton, who have been remarkable. But don’t rule out Hornchurch. A Step 3 side winning the Trophy, beating eight higher-league teams while not playing any league games since October is quite something. Mark Stimson is right, it’s a story that should be made into a film. 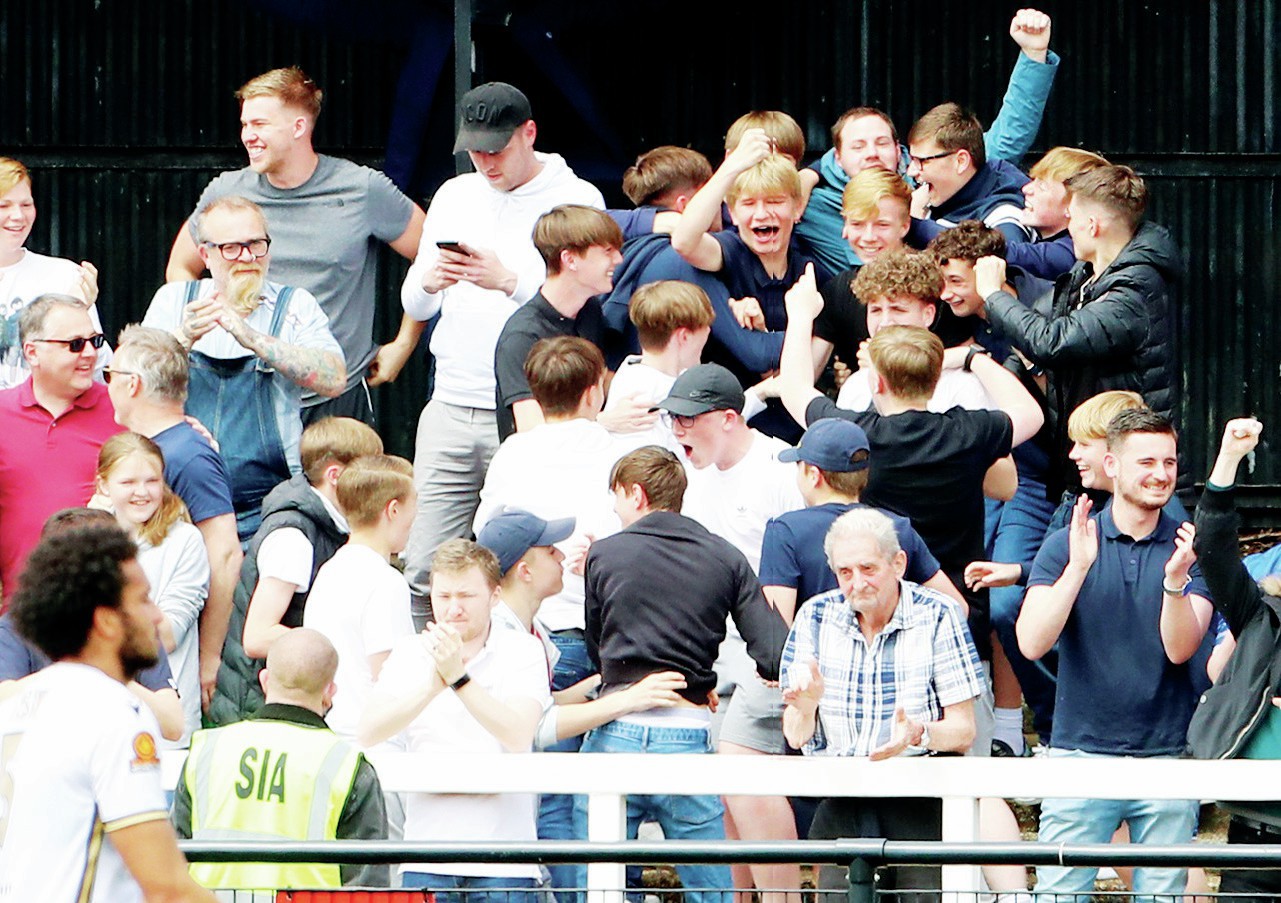 MANAGER OF THE SEASON

DR: Sutton’s Matt Gray. In his first full season as a manager he has pulled off one of the great Non-League stories. Interested to see how he and Sutton now fare in the Football League. Again, honourable mention to Mark Stimson at Hornchurch for their FA Trophy heroics.

LF: Managers have failed time and again at Hartlepool but Dave Challinor has really got them going. The biggest thing will be keeping hold of him – especially if a club closer to home or from the league above come calling.

MP: I’m going for two for different reasons. Matt Gray – what he has achieved at Sutton in his first No.1 role, it’s quite remarkable. The second has got to be Mark Stimson and Hornchurch winnining the FA Trophy. After not playing competitive football for weeks, it was outstanding. For Mark to win the Trophy five times as a player and manager, I’m sure will never be beaten.

AV: Matt Gray for all the reasons above. What a fantastic job he and his management team have done.

MB: Matt Gray and Mark Stimson deserve the plaudits. As does Neil Young at Marine. Again, not playing competitive games, reaching the FA Cup third round, where they played Spurs was some feat.

PLAYER OF THE SEASON

DR: This is tough. I’ve loved watching striker Omar Bugiel play for Sutton. His contribution has been massive. Craig Eastmond and Louis John were excellent throughout. Rhys Oates at Hartlepool has massively impressed.

LF: Sonny Carey really stood out for me when I saw him play for King’s Lynn Town. As did Sutton’s Isaac Olaofe, on loan from Millwall.

MP: Being a goalkeeper coach I am going to be biased and pick five I’ve had the privilege to work with and see. Elliot Justham at Dagenham, Bromley’s Mark Cousins, Craig Ross at Woking, Boreham Wood’s Nathan Ashmore and Aldershot’s Mitch Walker. Every single one of them are outstanding goalkeepers. 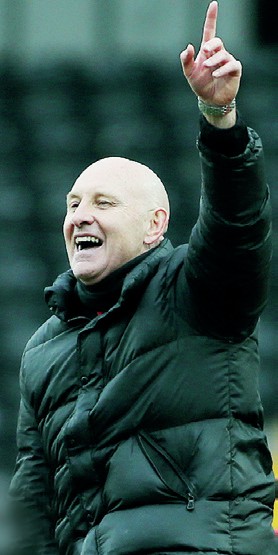 AV: Rhys Oates has been huge for Hartlepool. He went to the EFL and it didn’t work out. But he’s come back this season, he looks stronger, fitter and better – and like he’s got a point to prove. His gameplay has been brilliant, he’s scored goals, set lots up – and he even kept a clean sheet!

MB: Sutton have a couple of candidates in midfielder Harry Beautyman as well as centre back Louis John. Both have more than played their part in the U’s triumph.

DR: Portsmouth really showed their higher-league class in their 6-1 thrashing of King’s Lynn Town in the FA Cup. Their second goal via Tom Naylor was a peach from 25 yards before Jordy Hiwula swept the sixth into the top corner. Weald-stone’s Jacob Mendy surprised everyone with his drive from 30 yards against Sutton that flew into the bottom corner. 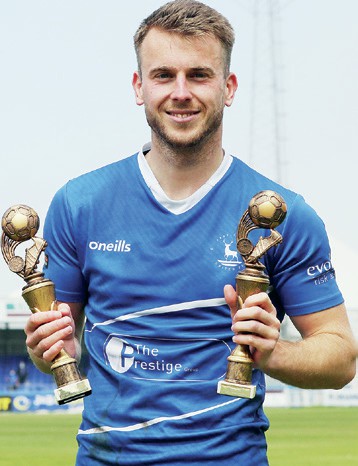 LF: We were 3-1 down against Workington in the FA Cup and won 5-3 and there were a couple of contenders in there from Matt Crothers as well as Andy Owens’ strike from all of 35 yards.

MP: I’ve been very fortunate to be at many Dagenham & Red-bridge games as summariser for their live stream. The goal that stands out is Sam Deering’s for Daggers. He came on as a sub against Chesterfield, burst in from the left and un-leashed an un stoppable shot into the top left-hand corner. A great strike that lights up any game.

AV: Isaac Olaofe for Sutton against Notts County. As much as anything it was about the through- ball from Omar Bugiel. At first it looked like Isaac had shanked the finish. But the more you see it, he certainly meant it. That was the only type of finish he could have score with, but it was also one nobody expected. 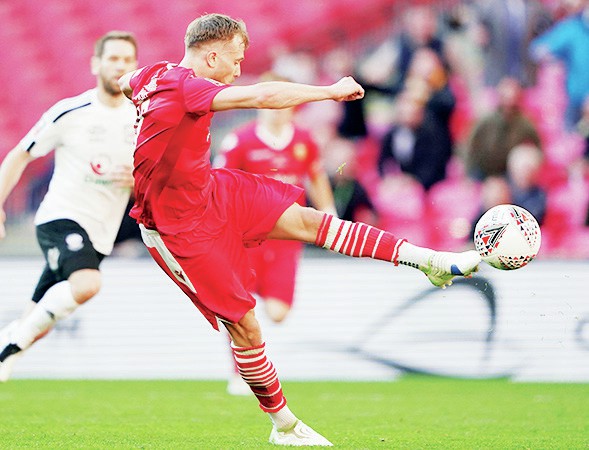 MB: Jake Chambers Shaw completed his hat-trick for Bury Town against Witham Town with a wonderful curling shot that crashed in off the bar. Not long after that the game was abandoned because of fog!

BEST MOMENT OF THE SEASON

DR: Sutton’s second-half performance against Hartlepool to clinch the title in front of their own fans was really special. Equally, Hornchurch’s final 15 minutes in the FA Trophy final as they came from behind to win a memorable final. Seeing and hearing supporters celebrate goals back in grounds has also been much-missed.

LF: Kicking off the season. After having the previous season cancelled it was just nice to be back out there again.

MP: Fans back in watching games after a dreadful few months. Also seeing youngsters playing again for their little teams and enjoying their football.

AV: Not only seeing fans back in the stadiums but the fact it was at a key stage of the season.

MB: Hornchurch’s FA Trophy glory. You have to feel for Hereford but when Liam Nash fired the Urchins into the lead and the fans erupted, it made your hairs stand on end. 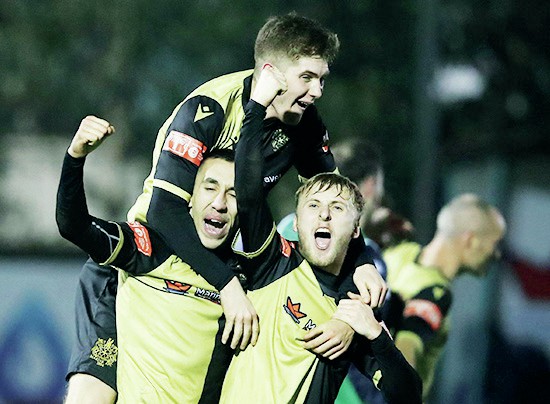 CUP KINGS: Marine made it through to the FA Cup third round to play Tottenham

LOWEST MOMENT OF THE SEASON

DR: Hearing the country was heading for a third lockdown mid-way through Aldershot’s 5-1 victory at a wet Welwyn Garden City in the FA Trophy third round on December 19. Closely followed by getting covered in mud freeing the minibus of former Shots defender Ben Herd outside the ground later that evening.

LF: The weeks before the season was curtailed but we could see the lads again. No matter what we did or tried, it was so hard to be motivated. The first couple of lockdowns were easy to control but the last was a nightmare until, eventually, the season was declared over.

MP: Grassroots football being stopped all over the country. Supporters not getting the chance to cheer on their team and the fact clubs have found it difficult to generate finances with their facilities all closed.

AV: Macclesfield folding last summer was sad to see. Only a couple of years after winning the National League title to having to restart at Step 5.

MB: We’ve seen the sad consequences of mental health in young men throughout this pandemic. As a paper, we have a responsibility to help further the conversation.

DR: Football governance across the board to be independently regulated.

LF: I’d like to Step 1 to join the EFL and Step 2 down be considered the pinnacle of Non-League. The whole ‘elite’, ‘nonelite’ debate was a shambles. Part-time clubs shouldn’t be considered ‘elite’. If they are kept separate then everyone knows where they are rather than choosing to be ‘elite’ when it benefits them and later wanting to be ‘non-elite’ when that suits.

MP: Not so much change as many clubs already do this, but it’s making sure all clubs are doing everything to support local communities and having more incentives for people to support their local club.

AV: Three-up in League Two. Take the play-offs as they are today; every single team will survive financially in the Football League.

MB: The expanded National League play-offs are a success. But they need a tweak. As it stands, the semis are pre-drawn meaning, if seventh place win their eliminator, the runners-up get, in theory, a harder tie. They should be playing the lowest-ranked side after the eliminators.

ONE TO WATCH NEXT SEASON 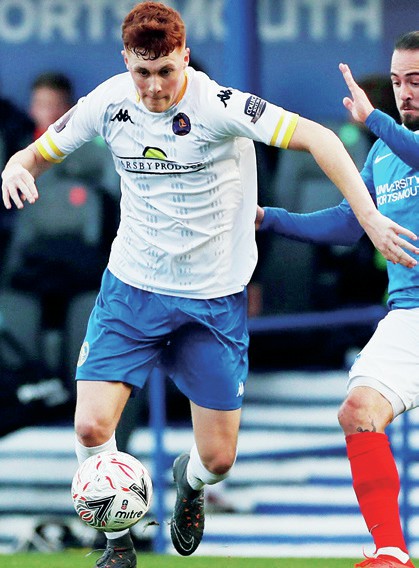 DR: Danilo Orsi really flourished in his first season at the level with 19 goals for Maidenhead, let’s see what he can do next term.

MP: Someone who has really impressed me and is growing into a really exciting player is George Saunders at Dagenham.

He’s got pace to burn and he can deliver a terrific cross. Huge potential.

AV: I saw Sonny Carey come on as a sub for King’s Lynn against Yeovil and I immediately thought, ‘Ooh – he’s interesting’.

Ian Culver-house speaks really highly of him. He might already be gone by the start of next season.

MB: Bromley’s Jude Arthurs impressed with a delightful lob against Chesterfield for his first Ravens goal. Looks a talent.