The former Hull City, Tranmere Rovers and Scunthorpe Town striker arrives from Frickley Athletic, for whom he struck 26 goals in just 29 games.

Prior to that, he scored regularly for as host of Non-League sides, including a haul of five goals in seven appearances in the National League for Lincoln City.

“Jonno is a fantastic signing for us,” said Black, whose side will play in the newly-created NPL Midlands division next season.

“He is a proven goalscorer who has scored an obscene amount of goals at this level. We feel sure that with the players he will be playing with, he will continue to do so and more. This should be another signing that gets the taste buds tingling amongst the Nailers faithful.” 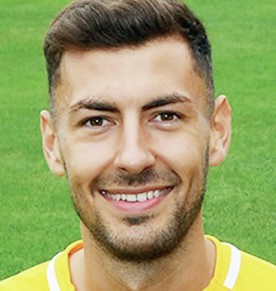 Margetts, who left Frickley in May, added: “I’m delighted to be signing at Belper. I’ve been in regular contact with the gaffer over the last few years and his ambition to win and to get promoted has really impressed me.

“That combined with my godfather John Reed being assistant makes it a perfect move for me. I also know a few of the lads here and the squad is really strong.

“I’ve always prided myself on my goal-scoring record so hopefully I can continue that this year and help the team to win games and be up there competing.”

Margetts is joined at Christchurch Meadow by another experienced striker in Damian Reeves.

The 35-year-old is best remembered for his seven-year stint at Altrincham. Reeves’ best season came in 2011-12, when he scored 29 goals in Conference North to make him the highest-scoring player in England’s top six divisions.

He left the Robins in 2017 and has since played for Shaw Lane, Gainsborough, Tadcaster Albion and Pontefract Collieries.

Black said: “Damian is a fox in the box and will be a real asset to us this season.”