Posted on 11th February 2020 by admin in Latest News, Southern Leagues with 0 Comments 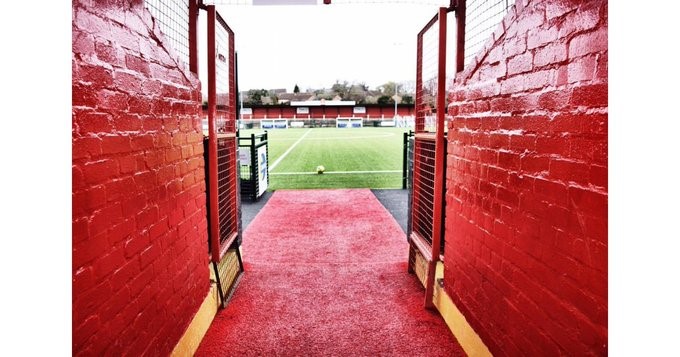 Mahmood will work alongside Darby and his management team after being handed responsibility for player recruitment, player development and playing strategy by the Reds this week to ensure the “first team competes at the highest possible level”.

Mahmood – who’s worked with a number of other clubs at Step 3 and higher as a football consultant and scout – has a proven record of bringing through excellent players.

According to club statement, he will also take ownership for supporter liaison and fundraising to support the first team and its development.

Swan said: “Recruitment of players is the most important part of first-team success. With recent Southern League re-organisation of teams in our league, we have six teams who are within a 30-mile radius of us who have traditional support of 400 more supporters to a home game.

“This extra income gives them the ability to buy success. Ours has to be earned and as we’ve shown over the last successive seasons we can do it and compete with our well-connected management.

“Also, we need to be much better on supporter engagement and fundraising amongst our many stakeholders and this is a very important part of the role. Ali is the first step of a solid foundation for the future.”

Mahmood said: “I am extremely excited about this opportunity and look forward to working with first-team management, supporters and other stakeholders at Redditch United.

“I have started to form an excellent relationship with Duane Darby, who I respect greatly. The challenge for the rest of the season is tough but I believe as a competitor it can be done. Duane and I have passion and competitiveness and it will feature in everything we do.”