The 21-year-old, who started his career with Leyton Orient, became Brown’s seventh summer addition following his release from Watford.

Dalby made four appearances on loan at Stockport County last season before turning out 14 times for Woking, scoring once.

Brown says the 6ft 2in centre-forward will bring something different to his squad – and reminds him of a former Blues striker.

“He’s got a look of a young Barry Corr,” said Brown. “He’s a big, strong, hold-up player, decent in the air which is going to be a bonus in both boxes. We’ve tracked him since the day Orient beat us 6-0 in the FA Youth Cup back in my first spell as manager of Southend United.

“We want him to play the kind of football he has been for the U18 and U23 sides he’s been at, with us at adult level in the real world, as it were. That’s our biggest challenge. He’s got fantastic talent and we’ve just got to get it out. 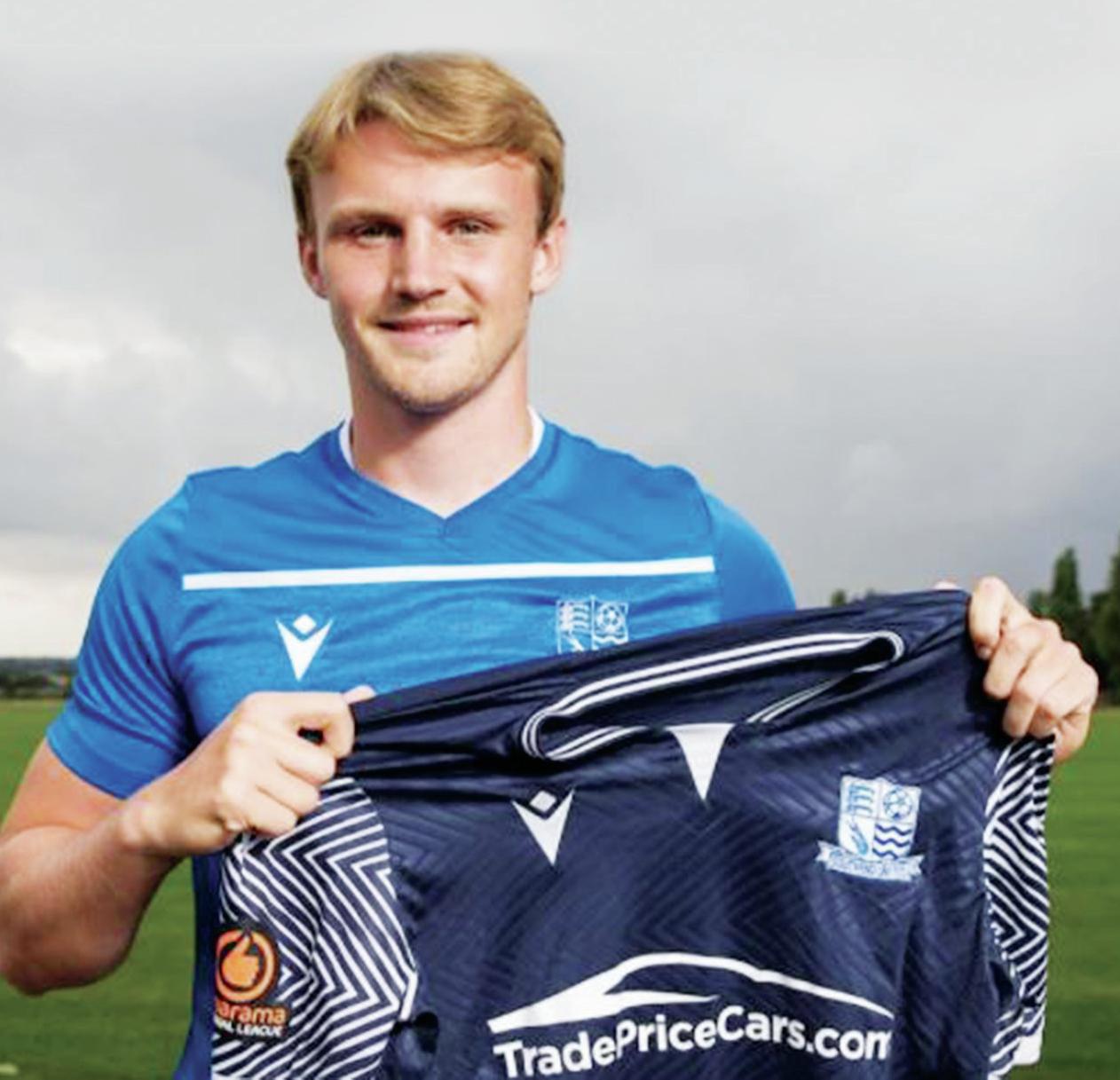 “We’ve signed a lot of experienced players in their 30s, and we’re now getting somebody who I think has got absolute resale value if we can work this project for the next two or three years. He could be a pinnacle figurehead in the strike-force.

“He’s a different type and we’re not finished yet. Put it this way, when I joined the club the team had scored 24 goals in twice as many games.

“That was the reason for the relegation if truth be known.”

Brown is looking to add more players in the final third ahead of their season opener at King’s Lynn Town.

“Now we’re recruiting goalscorers, it’s as simple as that,” he added. “If we can get 24 goals out of one player, let alone a full team, then we’ve got a chance of doing something this year.

“But I don’t want to put that kind of pressure on young shoulders. Rhys Murphy can accept that readily, but where Sam Dalby is concerned, his challenge is to find his career and hopefully we can be that platform.

“I’m still looking for maybe another one on the frontline, if not in the wide areas. I’m looking to see if we can get someone in the wide areas, possibly a 7, a 10 and an 11 who can play in all three positions.

“If not, a little bit more pressure on Sam Dalby and bring in another number nine.”