York City’s new stadium not ready for start of season

Posted on 24th September 2020 by admin in Featured, Guest Posts with 0 Comments 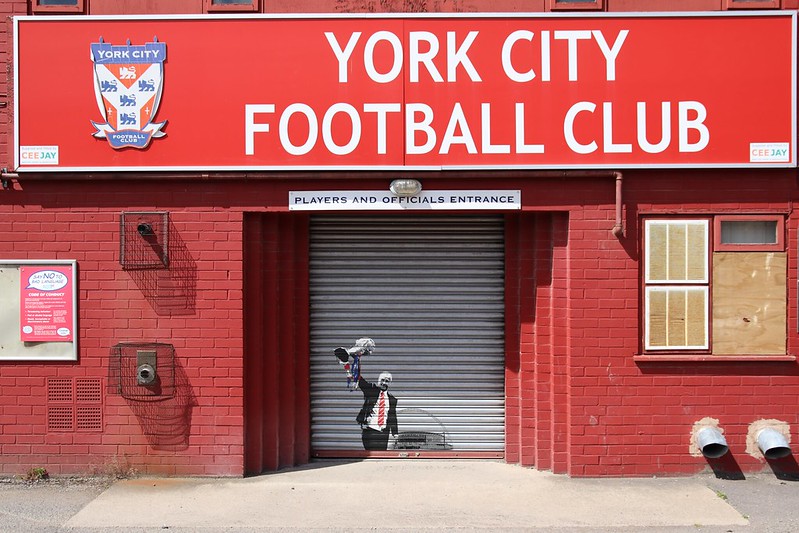 It has emerged that York City’s new stadium will not be ready for the start of the new season.

The LNER Community Stadium was supposed to be completed for a 3 October kick off. But club officials received a notice from the City of York Council that stated that there was a further delay to the stadium’s long-awaited opening.

This means that the LNER Community Stadium is now not expected to be ready to host matches until after 9 October. Such a delay would mean that York City won’t get to christen their new stadium with the planned FA Cup match, and it looks like York’s first National League North home match against Chorley on 6 October looks in jeopardy.

A statement followed from York City stating that the club felt ‘disappointed and frustrated’ by the delays. Interestingly officials from the City of York Council said that it was never confirmed that the new stadium would be ready for the start of the new season. There have been no reasons given as to why the LNER Community Stadium won’t be ready for 3 October.

However, York City has been keen to implement new digital content that will aim to help fans connect with the club. As a result, fans will hopefully be able to live stream home games within the coming weeks. There are also plans to unveil a new York City Football Club podcast soon. Plus with betting resources like www.bettingtips.net showcasing some bonuses that football fans could use to wager with on teams like York City, it all makes for a very new way for people to follow their favourite clubs.

All of this comes against the very worrying backdrop caused by the Covid-19 pandemic. At the moment, it looks like the start of the National League will be paused. It was expected that the government would allow fans to return to sport from 1 October onwards. But a rise in cases of the virus has meant that it could be anywhere up to six months before fans are allowed to attend sporting events.

York City had already been in the preliminary planning stages of hosting supporters in limited capacities from the start of next month. The club was even supposed to take part in test events such as a game against Notts County this coming Saturday. But following the announcement by the government, it looks like all of these plans have been dropped.

As a result, the National League has expressed concern that clubs won’t be able to start the new season without fans as there would be nothing in the way of matchday revenues. There will be a board meeting on Thursday where clubs will be allowed to discuss the matters and see how the new season could go ahead. There are hopes that the government can be persuaded to set up a £20 million bailout fund that could be used by National League clubs to pay its paid staff members.

York City had already been involved in some major signings in a bid to make up for their disappointments in the National League playoffs last season. Just last week the club signed Matty Brown from Halifax Town. The central defender is expected to provide plenty of experience to York City, and his 6ft 4in presence will boost the quality of the club’s back four. This means that York City will currently have 25 first team members, and getting crowds back into the stadiums is essential for lower league clubs to be able to pay for such large squads.

It’s all a sobering tale in how a club that was on the brink of playing League One football can find itself faced with a wide range of difficulties. York City have certainly encountered a number of bizarre problems over the years. While the completion of their new LNER Community Stadium looks like it’s a fairly simple task, finding a way to survive the challenges of a pandemic appears much less straightforward.