Posted on 27th March 2019 by Hugo Varley in Features, Latest News with 0 Comments 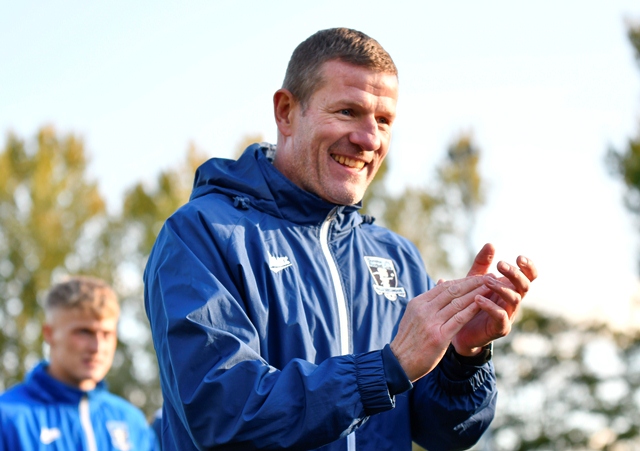 1. Who are the first team across Steps 1 to 5 to get promoted?

Dunston UTS. Chris Swailes’ side have enjoyed a season to remember this year and were officially crowned Northern League champions last night, after cantering to a 3-1 win over Guisborough Town.

The Fed have won 23 of their 29 league games so far this season and also enjoyed a spectacular run to the Fourth Qualifying Round of the FA Cup, which saw them pull of a shock win over National League North side Chester, before bowing out to local rivals Gateshead.

2. While we are talking about Gateshead, what is the situation at the International Stadium?

Despite having an impressive season on the pitch, the Heed have endured a torrid time away from it.

The club were recently put up for sale by owner Dr Ranjan Varshese following a period of financial uncertainty, which has resulted in manager Ben Clark having to field a severely depleted side.

However, reports in the Sunderland Echo today suggest that a takeover by former Rochdale Chairman Chris Dunphy could be close.

In short, everything seems to be going right for the O’s!

Orient are now two points clear at the top with a crucial two games in hand over the chasing pack and have a summer’s day under the arch against last night’s opponents to look forward to.

4. Who will be relegated from the National League?

After Dover Athletic picked up an important win at Dagenham & Redbridge and Boreham Wood fought back for a point against title-challenging Solihull Moors, Havant & Waterlooville find themselves seven points off safety after losing at Maidenhead.

Meanwhile, Aldershot are now buried in the relegation zone by 10 points after falling to a 2-0 defeat at Barnet and Maidstone and Braintree are six and seven points further back.

5. What has North Ferriby’s liquidation done to the Northern Premier League title race?

After North Ferriby’s results were officially expunged, the big beneficiaries at the top of the NPL were South Shields.

The Mariners have had their shock 3-0 defeat against the Villagers earlier on in the season chalked off, while their fellow title rivals Farsley Celtic and Warrington Town have both seen six points removed from their tally.

Celtic still occupy top spot but their four-point lead over South Shields has now been cut to just a point, with their goal difference now worse than the Mariners. Warrington remain four points behind the leaders although have slipped to third and are now three points behind South Shields.