Posted on 10th May 2019 by admin in Bromley, Ebbsfleet United, Latest News, National League with 0 Comments 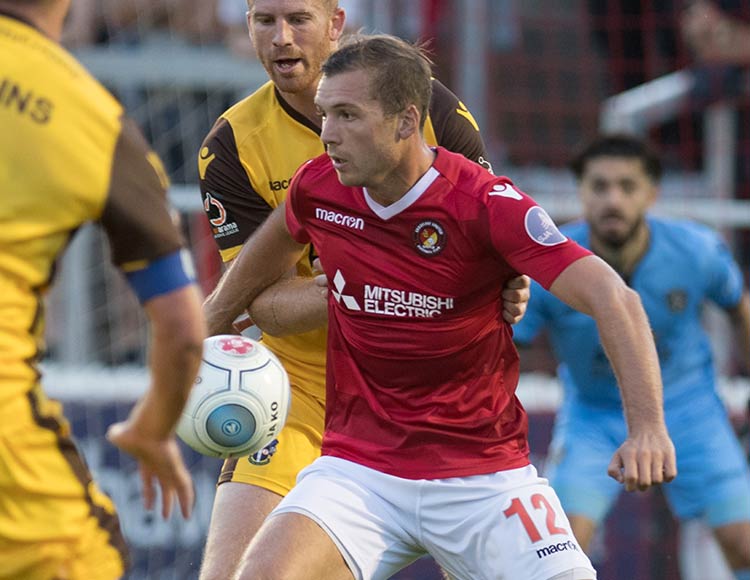 The 27 year old striker is a seasoned performer within Non-League footballl, having made his name at Heybridge Swifts, before moving on to Chelmsford City. After a successful one and a half season spell with the Clarets, which saw him score 35 goals in 66 appearances, he made the move to Braintree Town, where he found the net 42 times.

These prolific spells earned him a move to fellow Essex outfit Dagenham & Redbridge, where he spent a single season,

In the Summer of 2018, Cheek signed for Ebbsfleet United and spent last season with Bromley’s Kent Rivals, scoring 16 goals.

Speaking to the club’s official website, Bromley’s new signing said; “It’s great to be here. It’s an ambitious Club and I can’t wait to get going.”

Meanwhile, the Ravens boss Neil Smith added, “Michael is a proven goalscorer in this division and has established himself over several seasons. To get someone of his quality into our side for next season is massive for us as a Club, and it shows where we want to go.”

The news of Cheek’s departure from Ebbsfleet comes after the club’s players released another statement regarding their unpaid wages.