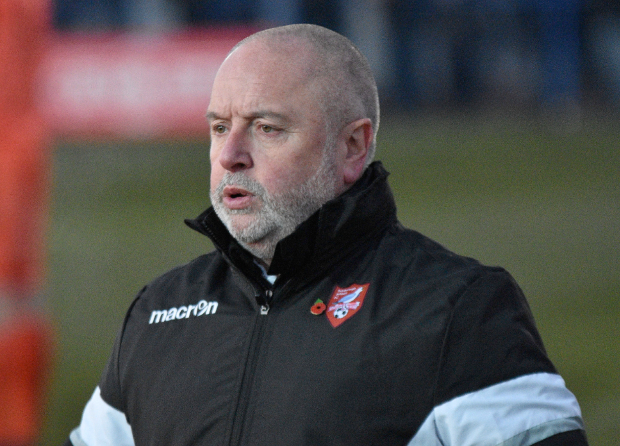 Matlock Town hope to unveil their new manager by the weekend after parting company with Steve Kittrick at lunchtime on Wednesday.

The former Scarborough Athletic boss, pictured, and the Gladiators parted company by mutual consent after taking just 12 points from their last 18 outings in the BetVictor Northern Premier League’s Premier Division.

With the Gladiators down to 19th spot in the NPL’s top flight and in a relegation fight, the departure of Kittrick’s number two Luke Potter was also confirmed in a statement on the club’s website and official Twitter account.

Goalkeeping coach Steve Shuttleworth and sports therapist Mark Mullins are staying on at Causeway Lane to work with Kittrick’s successor.

Appointed manager in May 2019 as the successor to Dave Frecklington, Kittrick’s side last win in the league came against Bamber Bridge in December.

Matlock Town chairman Tom Wright said: “We can’t hide from the fact that our league results have been poor for some time now and given the funds we have put into the playing squad this season.

“We should be in a far better position in the table. While we’ve done well in the cups the league is our bread and butter and we need to start picking points up as soon as possible to get us out of the position we find ourselves in.

“I have to say that Steve has been a pleasure to work with and we thank Steve and his staff for their hard work and wish them all the very best in their future careers.”

Make sure you get your copy of The Non-League Paper on Sunday for the latest news from across Non-League over the last seven days, together with exclusive match reports and pictures from all of Saturday’s upcoming action in the BetVictor Northern Premier League.