The 22-year-old defender has become a big part of Danny Scopes’ side and will start under the arch tomorrow afternoon.

It wasn’t all that long ago that Pollock made his Leyton Orient debut but after leaving the east London club he has found a home on the very island he grew up on.

And Pollock explained how important the family feel at the Beachboys is.

“When I left Orient I wasn’t in the best of places mentally,” Pollock told The NLP. “I saw Blanchy (midfielder James Blanchfield) saying something about being at Concord made him fall back in love with the game again.

“That hit home with me because that’s exactly how I feel. When I was let go I was in two-minds. Having people like Scopesy and the management team, the chairman (Ant Smith), everyone at the club, so passionate about the club, you can’t help but love being there.

“It has helped me massively in terms of football but to also fall back in love with the game again. It’s been an amazing journey and to be playing regularly again, there’s nothing better than that.

“I made my debut for Orient at a young age in the League and when I was let go it was, ‘Where do I go from here?’

“Being an island boy, Concord was a no-brainer. I’d heard stories about what a great club it is and that was very noticeable as soon as I started there.

“Speaking to the chairman, the managers, the kitchen staff, Jane who makes us food after the game – everything about the club is so family orientated. You can’t help but love it and be so passionate about playing for the club. I think that’s why all the boys buy into playing for Concord.”

While understanding the situation, it’s why the disappointment hits hard that the game will be behind closed doors.

“As players, you see the fans coming in, always there,” Pollock said. “That’s why it’s disappointing with Covid they’re not going to be able to experience it as well because they’ve been on the journey with us. 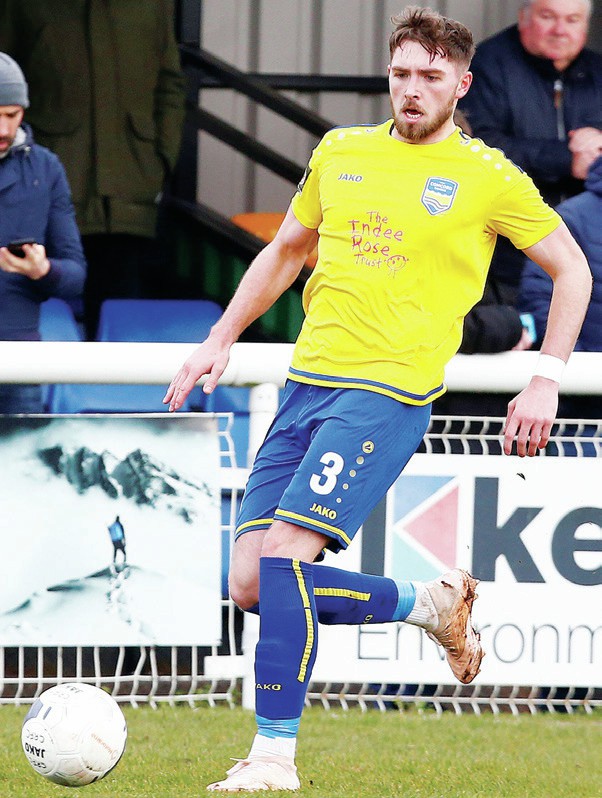 “My family support me massively. My mum, dad, brothers, sisters, nan and grandad, aunties, uncles, cousins, they love coming down and supporting the boys.

“But it’s on TV so they will be able to get behind us. It is what it is. People have come to terms with it now.”

In many ways, the circumstances epitomise Concord Rangers who have been well used to overcoming the odds.

“I don’t think it would be any other way with Concord,” Pollock said. “We thrive off that. We use it as motivation.

“We have a good squad with good players. We are the underdogs but that is pretty much every time we play a game. We use that to our advantage.”