NO WAY THROUGH: Concord’s Lamar Reynolds is challenged by Harrogate’s Will Smith
PICTURE: Alamy

Going up against a League Two side would be a challenge in ordinary circumstances but with Harrogate Town at the end of a full season while the National League South Beachboys haven’t played since February, it meant they had a mountain to scale.

But Scopes’ side stood up to the challenge and the boss says as the week as gone on, the feeling of pride has been overwhelming.

“Obviously there’s disappointment at first when you come so close and lose by the odd goal,” Scopes told The NLP. “We accepted we probably wouldn’t have loads of the ball or get loads of the chances. We’d come to terms with that. We were going to rely on Chris (Haigh goalkeeper) playing well and defensively doing our job.

“Under the circumstances we couldn’t match up toe-to-toe, it probably would have opened us up a lot more. So we had to try and frustrate, slow the game down, get it to our tempo which I felt we did.

“It was always going to be a tough first period and a tough last period. It was maybe that last period our legs started to wane a bit and they scored before we could get fresh legs on. We didn’t have lots of options because boys had not played and been injured. 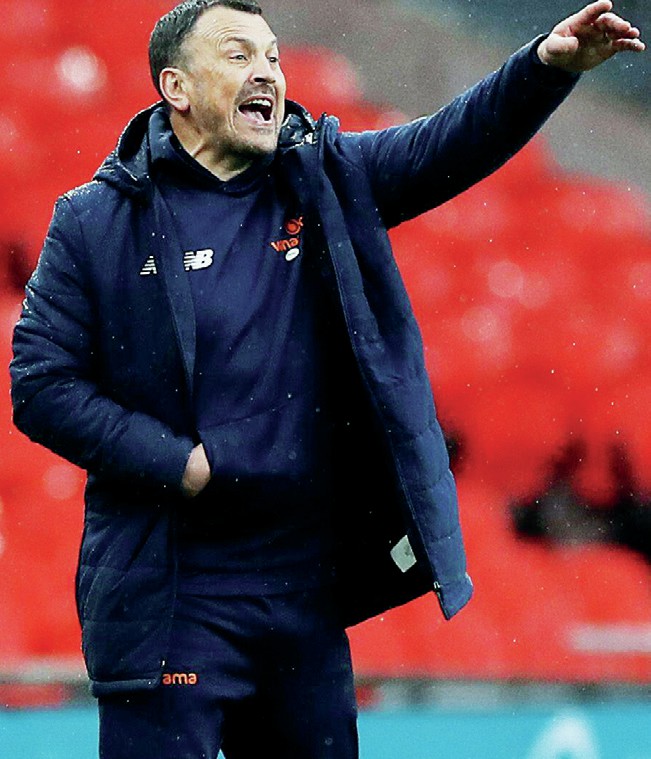 “So, disappointed thatt we came so close to something we’d worked so hard to get to and prepare for, but the more that disappointment fades, the more I am proud of the club in general and putting on a good show for itself. Our media side, how we represented ourselves and then the players on the pitch.

“We got a lot of plaudits and well-dones and showed what an underdog we are – but what a fighter we are.”

On a screen inside the Wembley changing room, a message to the players read: ‘All I want is all you’ve got’.

It’s become a motto since Scopes returned to the dugout in 2019 and he felt his players did exactly that.

“We put ourselves under a bit of pressure because we say what we’re about and what we stand for,” Scopes said. “We haven’t got loads of money, but we survive and we’re that underdog.

“But we always tell people we’ve got this special DNA and fighting spirit, this never surrender attitude and we will give everything we’ve got every game.

“So we put ourselves in the limelight a bit for what people were expecting. If we’d been rolled over and lost four or five – which could have happened with the circumstances of us not playing – people wouldn’t quite have believed what we’ve got. But we showed with our attitude and effort to stay in the game and work hard when our bodies were aching and showed the club in a good light.”

Scopes know wants to use the Wembley feel-good factor as a springboard for the new season.

“The boys took their time getting changed and showered and sitting around,” he added. “That was disappointment but also a case of not wanting the day to end or have to leave –I think we were the last ones out of the building.

“The good thing for me is this has made us hungrier. I’m not saying we are going to get to Wembley every year but it’s made the boys hungrier to see what they can achieve. Hopefully we can take that into next year.”