KEEPING IT REAL: Chris Haigh in action for for Concord Rangers
PICTURE: Alamy

The 24-year-old turned in a man-of-the-match display for the Beach Boys in their recent 1-0 defeat to Harrogate Town at Wembley.

The former Heybridge Swifts stopper made a succession of fine saves having been instrumental in Concord’s run to the final with vital penalty saves, including in the shootout against Leamington and at a pivotal moment in their quarter-final against Royston Town.

Haigh has cemented his quality as one of Non-League’s best young stoppers and now wants to help Dennis Kutrieb’s Fleet get back into the top-flight. 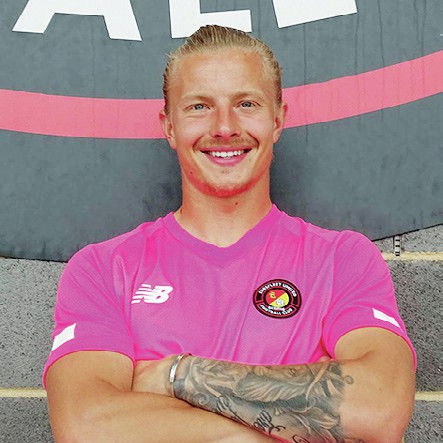 “The club want to move up the division, that’s got to be our team goals,” said Haigh, the former Southend and Gillingham youngster. “I want to win games of football, that’s why I’m here.

“For me now it’s about playing for a big club, showing what I can do. The chats I’ve had with the gaffer have made me feel at home, the player welfare here is something you don’t get everywhere and now I’m just looking forward to kicking on with Ebbsfleet.”