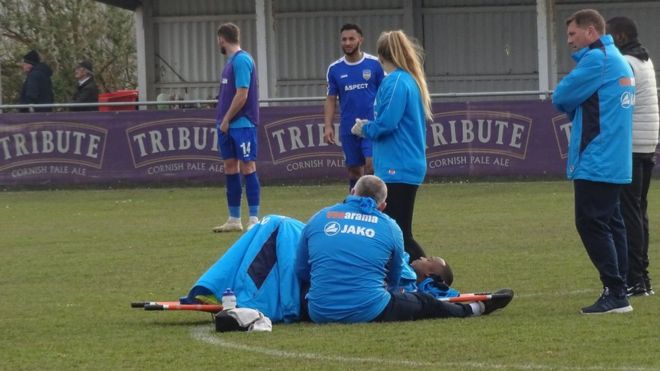 The National League have ruled that Concord Rangers will travel to Truro City next week to replay their abandoned league fixture.

The clash last weekend at Treyew Road was stopped after Truro midfielder Michael Herve fractured his humerous and couldn’t be moved from the pitch.

The visitors led 1-0 when the incident happened 15 minutes from time and a three-hour delay to an ambulance arriving meant the referee abandoned the match because there was no security available at the ground after 6pm.

We can confirm that Saturdays postponed game vs @TCFC_Official will be replied in full on Tuesday 16th April 7:45pm. Officials at the club refused to comment at this stage. #YAMC

A statement from the National League read: “Further to recent correspondence, a National League Board sub-committee sat yesterday to consider the abandonment on 6 April 2019 of the fixture Truro City v Concord Rangers.

“The sub-committee of the Board determined no club was at fault and the match should be replayed for the full period on Tuesday 16 April 2019, 7.45pm KO.

“The terms of the replay are that the minimum charge for admission should be £5.”

2 business days notice to get time off work.. @TheNationalLge pic.twitter.com/pjfJ3y98xJ