Posted on 29th April 2020 by admin in Latest News, Southern Leagues with 0 Comments 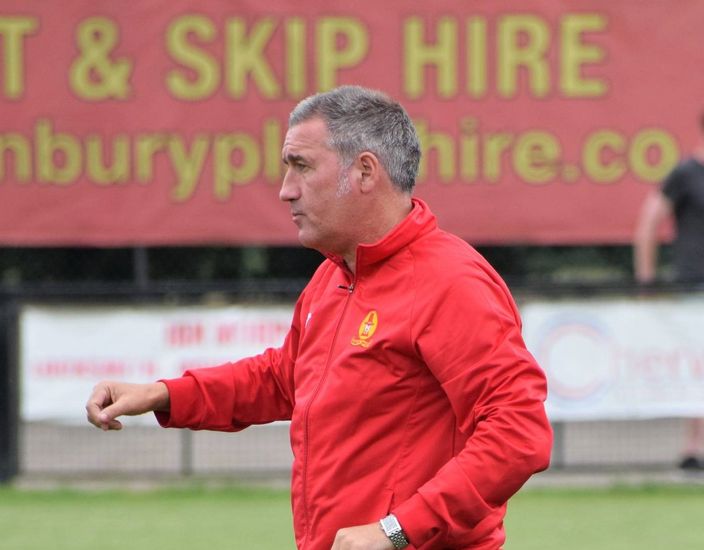 Mike Ford’s five year reign as Banbury United boss ended on Wednesday after the Puritans were unable to extend his contract.

The former Brackley Town and Oxford City boss left the Spencer Stadium 24 hours before his current deal with the Southern League’s Puritans was due to expire on Thursday.

Appointed in 2015, Ford guided the club to promotion from the Southern League South & West Division in his first season before establishing them in the Premier Central Division.

The Puritans were just a point outside the play-off spots in March when the coronavirus pandemic hit and the season was suspended and subsequently abandoned.

The club can confirm that they have been unable to reach an agreement with manager, Mike Ford for him to continue in the role after his current contract ends on 30 April. pic.twitter.com/bHIowrBYCj

United confirmed Ford’s departure on Wednesday and launch of the hunt for his successor in a club statement, saying: “The club can confirm that they have been unable to reach an agreement with manager Mike Ford for him to continue in the role after his current contract ends on 30 April.

“Mike has achieved a great deal in his time with the club, the highlight of course being winning promotion from the Southern League South & West Division in 2015-16. Since then, under Mike’s management we have become a well-0established Southern League Premier Division club.

”The club wish to place on record their thanks to Mike for his commitment and support over the past five seasons and wish him every success for the future. We will now start the process to recruit a new manager and we believe this will be an attractive opportunity to manage at a well run and ambitious club.”

As a player, Ford, pictured, enjoyed a Football League career spanning nearly 20 years and over 500 appearances with Oxford United and Cardiff City. As Oxford City boss, he secured promotion to Conference North in 2012.

For more news like this and on the impact of the coronavirus, make sure you get your copy of The Non-League Paper!

In shops on Sundays and Mondays, The NLP is always available as a page rustling digital edition and full replica of the printed paper from midnight on Saturdays too.

So if you missed Sunday’s paper, it’s only a few clicks away right now. Digital readers also save cash on single issues and even more on longer deals!